The Burn has learned there are signed agreements with both a Royal Farms convenience store and a Lidl grocery store to open near the Broadlands in Ashburn. 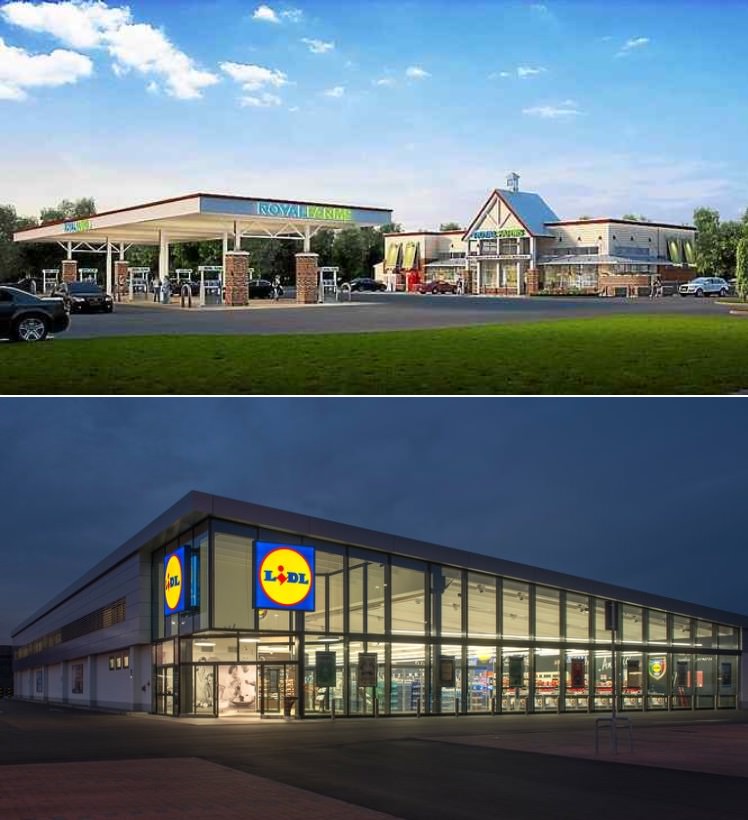 Confirming our previous posts, a representative from Van Metre Companies today told The Burn they have signed agreements with both a Royal Farms convenience store and a Lidl grocery store to open in the new development going up on the northwest corner of Broadlands Boulevard and Claiborne Parkway. However, zoning approval is still pending for the Lidl store.

“If all goes well, I expect Royal Farms to be open by the end of 2017, and Lidl sometime in 2018,” said Ty Hausch, Van Metre’s vice-president of commercial leasing.

Royal Farms is a convenience store chain out of Maryland, famed for the fried chicken at its in-store fast food restaurant. Plans call for the store and gas station to have an entrance (but not an exit) off of southbound Claiborne.

Lidl supermarkets is a German-based chain just beginning a big push into the United States. A main competitor of Aldi, Lidl (it rhymes with “needle”) has its U.S. headquarters in Arlington and, according to reports, is snapping up properties around northern Virginia, including one on Edwards Ferry Road in Leesburg.