A new shopping center with restaurants and stores is part of the overall plan. 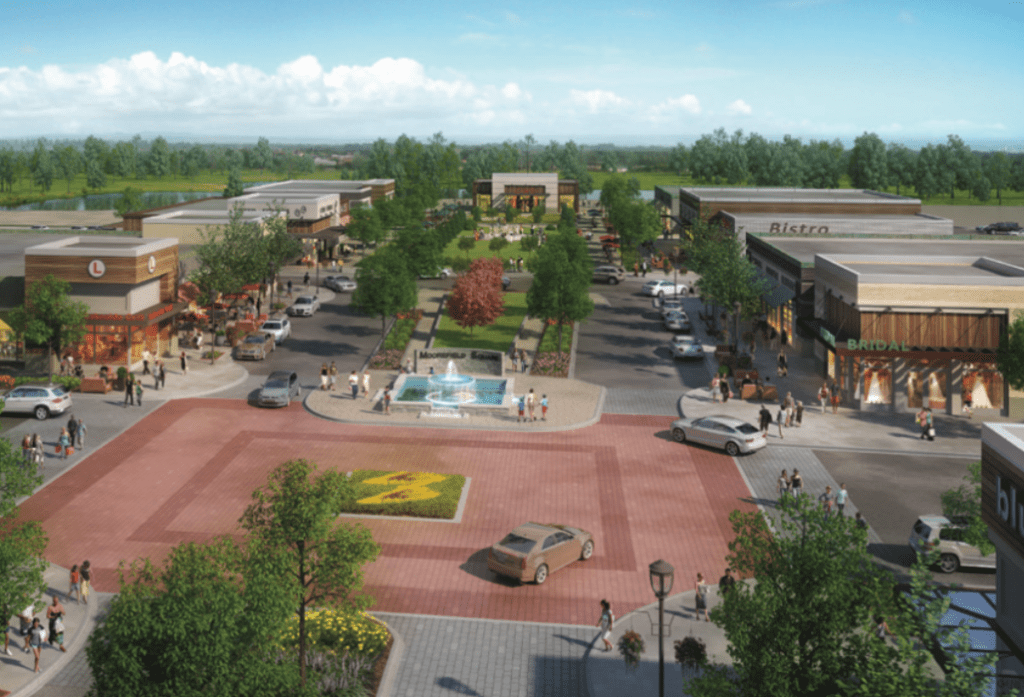 Drivers along Loudoun County Parkway have slowly watched as the vast tracts of empty land south of the Greenway have been bulldozed and graded. More recently, huge cement structures have taken shape — like giant walls rising out of an empty field. They are rightfully wondering what the heck is going on.

Brace yourselves, because that land will soon become the Moorefield Station development — a huge project that will incorporate homes, offices and retail right next to the future Ashburn Station metro stop on the Silver Line. Residents will be able to walk to the metro, a potentially huge draw. The big cement structures will apparently become lakes and walkways.

According to preliminary documents, when Moorefield Station is complete, it will include more than 6,000 homes. Some of these are already built or underway — such as Atapco’s Westmoore townhome development (in pink on the map).

Moorefield Station will also include more than 200,000 s.f. of retail space — a true town center with shops and restaurants. In marketing materials, it’s called Moorefield Town Square. We have spoken to some of the parties involved in the project and they say no retailers have been signed yet. They expect to begin marketing the retail side of the project more aggressively later this year. Nearby — the Shops at Moorefield Village is already open and includes a Harris Teeter grocery store and some retail.

CHIPOTLE IN STERLING SHUTS DOWN AFTER CUSTOMERS FALL SICK