The doors at the restaurant have been locked and the lights turned off. 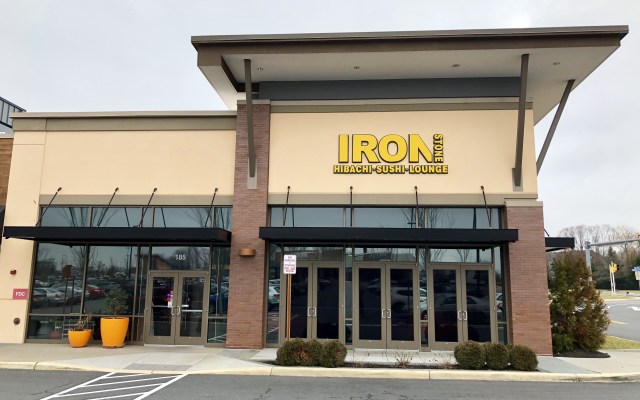 Iron Stone Hibachi & Sushi has been closed this week at the Belmont Chase shopping center in Ashburn and it appears it might be permanent.

The Burn heard from diners who said the restaurant wasn’t opened on Thursday. We went by today and, sure enough, the doors were locked and it was dark inside during hours they are normally open. No one answered at the restaurant’s phone number and there’s been no response so far to messages sent via social media and email. We also reached out to a rep for the shopping center but haven’t heard back.

Employees at nearby businesses say they had been hearing rumors that Iron Stone was closing and they don’t believe it reopened after New Year’s.

It’s always possible that they are closed due to an equipment problem or personal emergency and will re-open, but there are no messages to this effect on the front door, on social media or on the restaurant’s website. Iron Stone Hibachi & Sushi originally opened in March 2017.