Construction should start in the next few weeks. 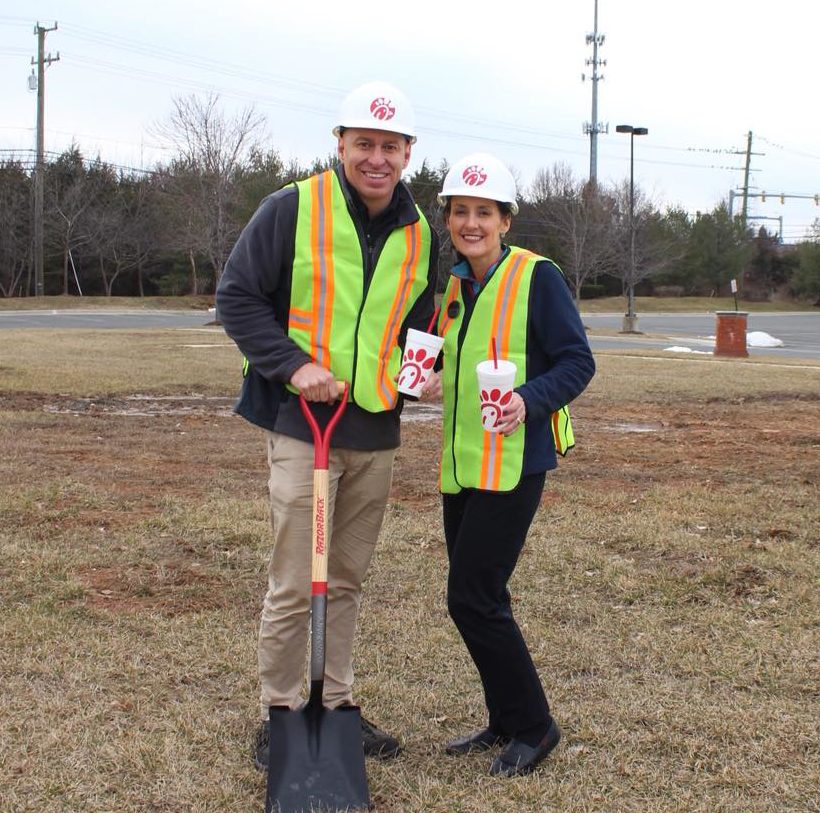 For months now, people have been wondering when the long-anticipated new Chick-fil-A in Ashburn would finally get off the ground.

Well, today was the day we were waiting for.

Here is the official announcement along with a photo of the location’s owners. They are the same couple that own the CFA at the Dulles 28 Centre by Wegmans.

“We are happy to announce that Brian and Lauren Summers of Chick-fil-A Dulles 28 will also be operating the new Chick-fil-A coming to Ryan Park in Ashburn in the Fall of this year! Construction should start in the next couple of weeks for an opening date around mid-September.”

We initially learned of the news from Matthew Benjamin, who captured this photo from his office window next door to the Red Robin restaurant and the vacant lot where Chick-Fil-A is going at Ashburn’s Shoppes at Ryan Park.

The Burn first reported that Chick-fil-A  was coming to the spot back in April 2018. (See our original story here.) But it’s been quiet ever since. Now, we know the ball is finally rolling.