Sometimes you find a treasure hidden in the most unexpected place. Such was our experience dining at Laredo Taco Company in Ashburn. 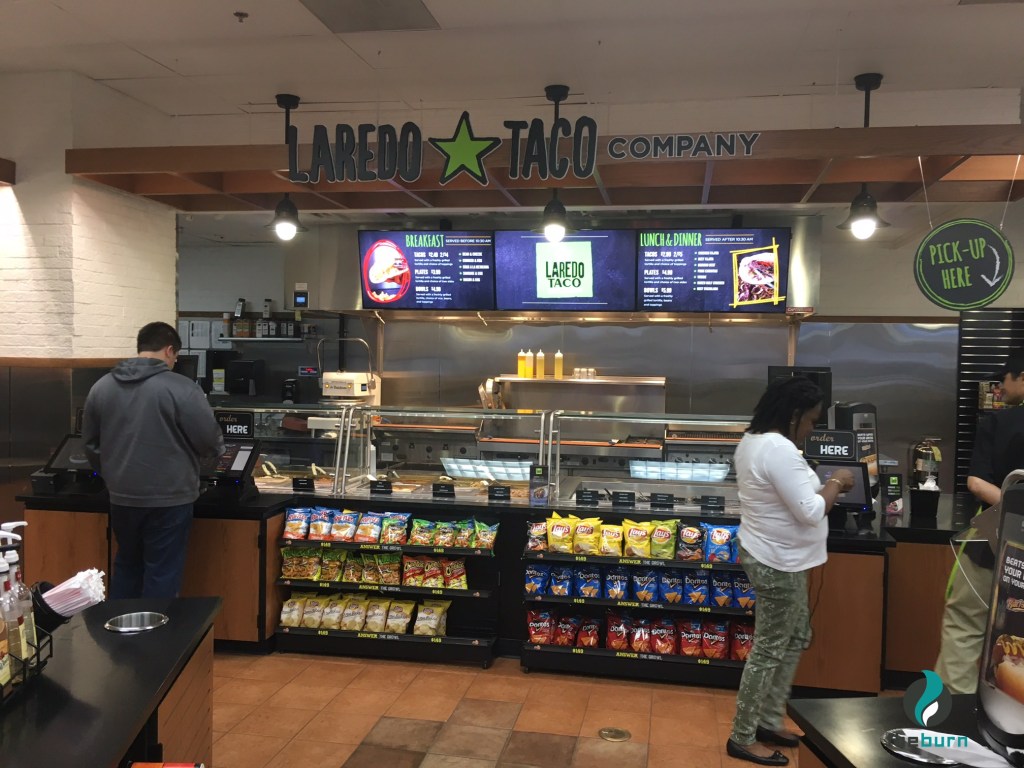 Sometimes you find a treasure hidden in the most unexpected place. Such was our experience dining at Laredo Taco Company in Ashburn.

Tucked away inside the APlus convenience store (22405 Flagstaff Plaza) just off the tollway on the west side of Loudoun County Parkway, the Laredo Taco Company quietly opened over this past summer. Yes, the idea of gas station tacos might seem sketchy, but trust us, the food here was pretty darn good.

It’s a lot like a Chipotle or a Moe’s, where you build your tacos or bowls however you like. Choose your meat, your beans, your cheeses, your toppings and sides. The only difference is you place your order at a touchscreen station, pay and then pick up your food. There are no tables so it’s just take-out.

We had a chicken fajita bowl topped with cheddar jack cheese, onions, tomatoes, guacamole, sour cream and black beans. It came with a chewy soft tortilla. Despite our initial skepticism, we liked the food at Laredo Taco Company as much as some of the bigger name taco/burrito players around Ashburn. Definite thumbs up.

The Laredo Taco Company is a Texas-based chain that only operates inside convenience stores. They have some 480 locations in Texas, Oklahoma and New Mexico and now the brand has recently started moving into the mid-Atlantic. Besides Ashburn, a location recently opened in Reston and more are planned for Northern Virginia.

NEW CANDY STORE READY TO BLAST OFF AT VILLAGE OF LEESBURG