Ashburn was once known as Farmwell or Farmwell Station before a legendary bolt of lightning changed local history. 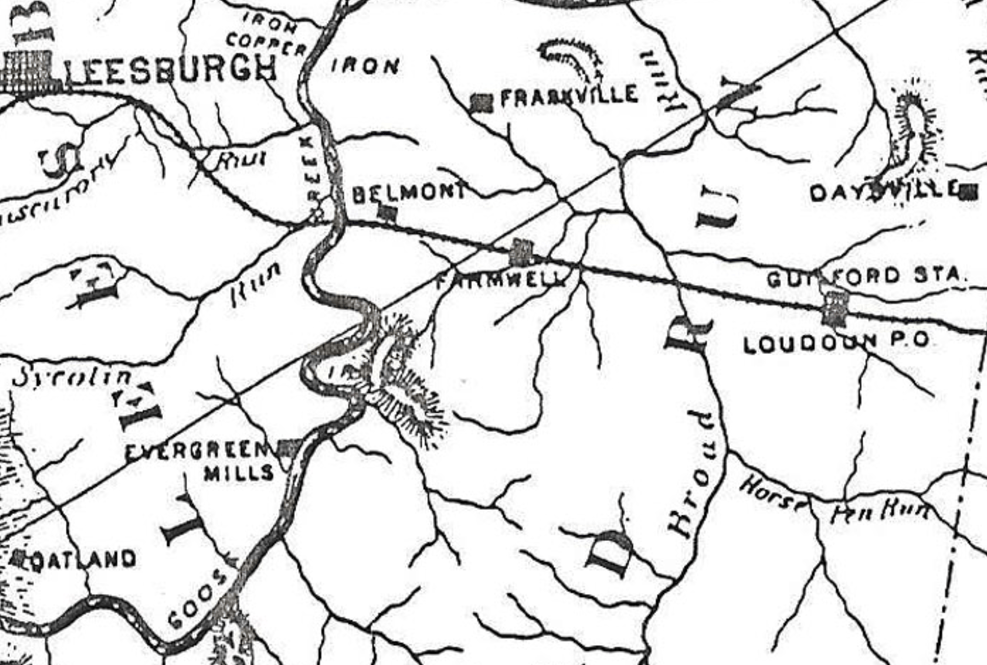 As longtime area residents know, Ashburn was originally known as Farmwell, or Farmwell Station. That name dates back to at least 1802.

According to one oft told local legend, the name Ashburn came when a bolt of lightning struck a tree — an ash tree — on a farm belonging to prominent citizen John Janney. The ash tree reportedly burned brightly and then continued to smolder for days afterward. This caused quite a stir and folks came from all over the area to check out the burning ash tree.

The first recorded use of the name Ashburn is around 1870 to describe Janney’s large farm, thus it was called Ashburn Farm.

Around 1895, former Nevada senator William Morris Stewart moved to the area and purchased Ashburn Farm. In 1896, the local post office became concerned about confusion between Farmwell and the similarly-named Farmville, a village in Prince Edward County. (It’s still there too — that’s where Longwood University is and it played host to the recent Vice-Presidential debate.) The push was on for new name and someone — possibly Senator Stewart himself — suggested Ashburn. And the rest is history.