Pholicious is a great new spot to chase away the winter chill with a bowl of hot Vietnamese soup. 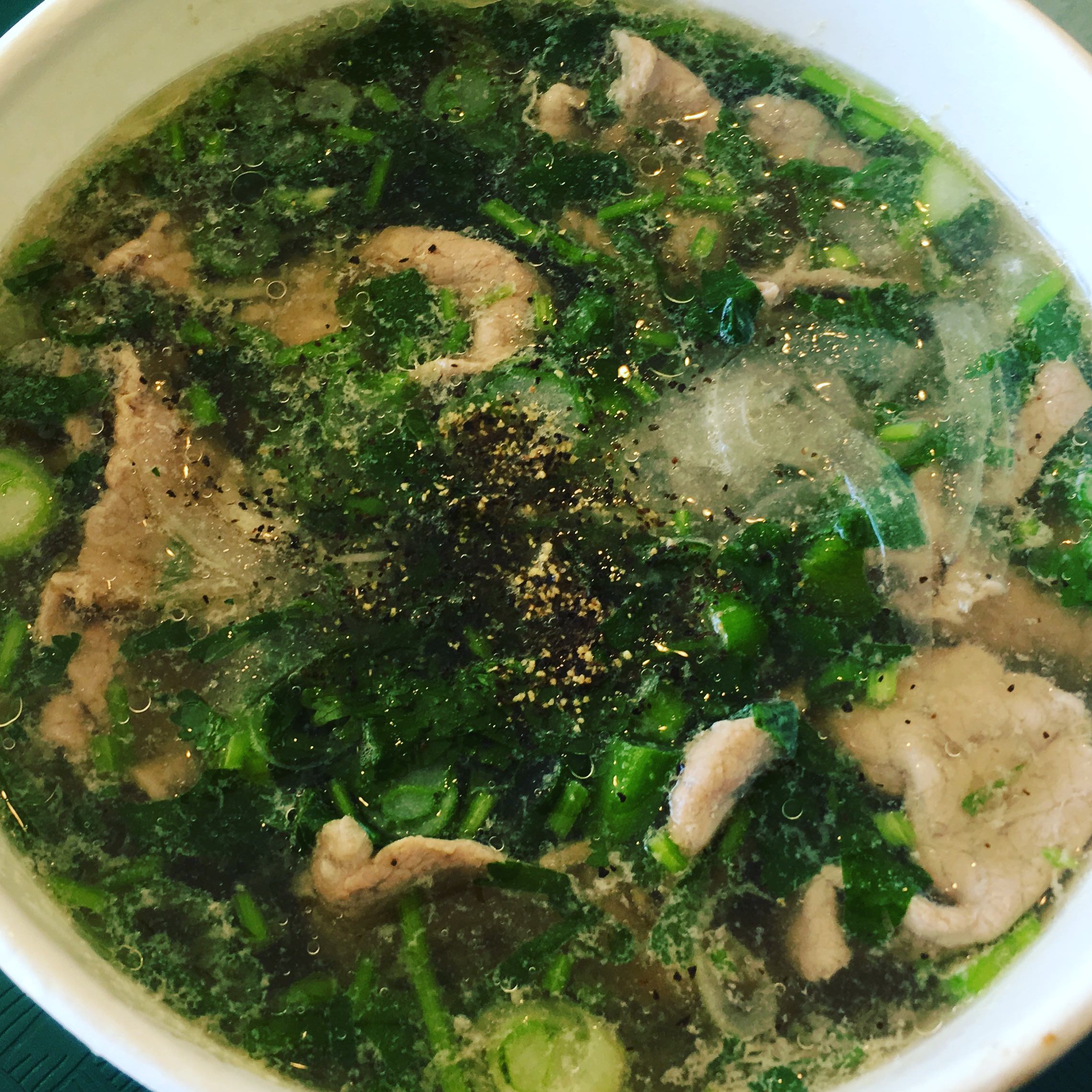 On a cool November day, we were hankering for a hot bowl of soup. So it seemed the perfect time to try out Pholicious, a new Vietnamese pho restaurant that’s been in the Broadlands Village Shopping Center for a few months now. 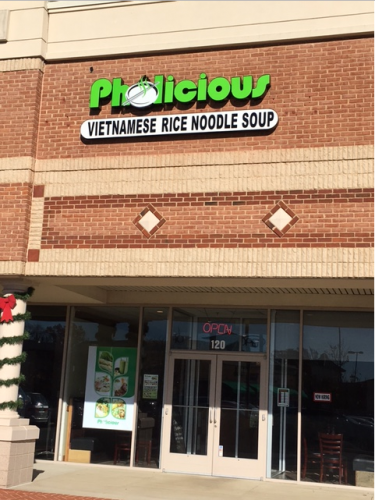 Pho is a type of soup made with delicate rice noodles and usually featuring meats or veggies. We ordered a regular size bowl of the Pho Beef. (It came in a jumbo tub and if this was the regular, we can’t imagine how big the large would be.) It was a delicious clear peppery broth, filled with thin strips of beef, long rice noodles and plenty of onions and scallions. We also tried the pork Báhn mì sandwich — a traditional Vietnamese sandwich of seasoned roast pork on a baguette of French bread, topped with cucumber, carrots, cilantro, mayonnaise and even a hint of jalapeño, which give it a spicy kick. 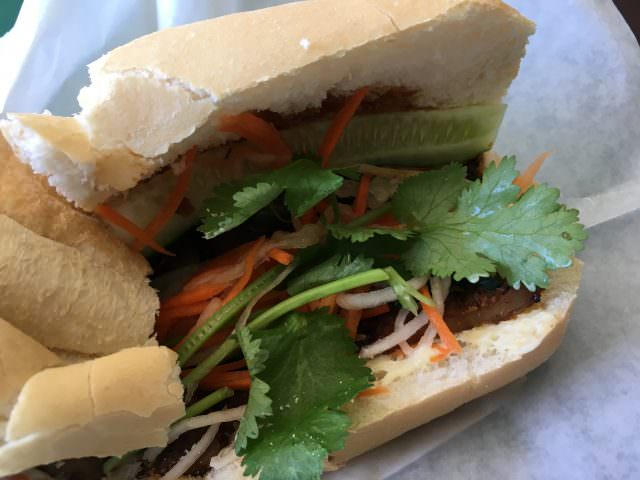 Other pho on the menu include such treats as Meatball Pho, Chicken Pho, Seafood Pho and Veggie Pho. They have a chicken báhn mì sandwich, spring rolls and egg rolls, a selection of fruit smoothies and boba teas and more.

Pholicious is part of a nationwide chain of pho restaurants — it’s sort of the Subway of pho — with dozens of locations in at least 16 states. We’re going to add the Ashburn one to our regular list of lunch spots — especially on cold winter days.