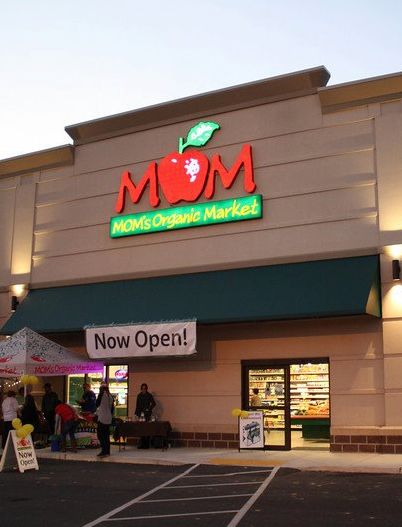 With several empty grocery store spaces in Ashburn (former Bloom, former Safeway) plus new spaces being built (Claiborne Pkwy. & Broadlands Blvd. by Clydes), there’s been a lot of speculation on what new supermarket players might be coming to the area.

One of the most buzzed about was a possible MOM’s Organic Market, a fast-growing Maryland-based chain with 17 locations in four states and DC, including a location down the road in Herndon. But Scott Nash, the CEO of MOM’s has told The Burn they’re not coming to Ashburn yet.

“We don’t currently have plans for a store in the Ashburn area,” Nash said in an email. “We might get there one day — it is an area we’ve looked at in the past and I think it could probably support a MOM’s — but frankly, we are in the midst of a very aggressive growth period and we are looking forward to slowing down our growth for awhile.”

Nash says the company prefers to open two to three stores per year, but in a stretch from 2015 to 2017, they will have opened or done major renovations to 10 stores. Thus the desire to take the foot off the gas and slow down.

PAPA TONY’S IN BRAMBLETON CLOSES DOWN