Every time you turn around, some great new store or restaurant is opening at Ashburn’s One Loudoun complex. But now, a new space under construction has an interesting feature we haven’t seen at the center yet: a drive-thru.

The Burn checked with the powers-that-be at One Loudoun and they politely said they couldn’t yet confirm what tenant would be getting the new space. But we can make some guesses.

We’ve been told One Loudoun is hoping to get a coffee shop soon — and boy, do they need it. It will be a great place for walking and browsing with a cup a joe. We know that many coffee shop chains feature drive-thrus — such as Starbucks and Peet’s, both of which have locations in Ashburn. Plus, the artwork out front shows a Starbucks logo on the building. (That’s not always proof — sometimes these “artist renderings” feature proposed tenants versus actually signed tenants.) 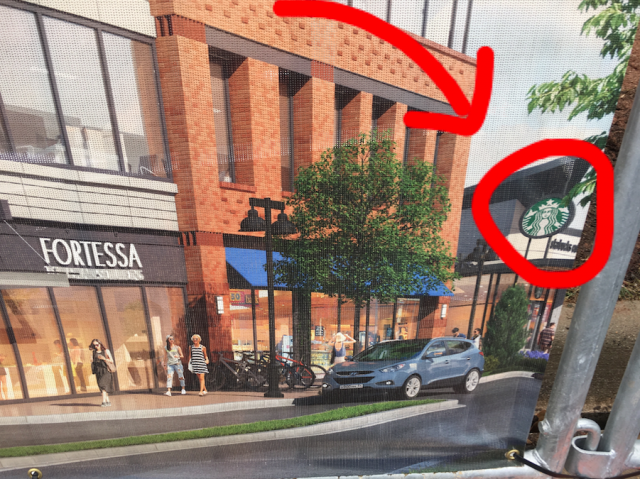 To sum up: there’s a drive-thru being built at One Loudoun, it’s probably going to be a coffee shop. We’ll let you know as soon as we get the official word.

One Loudoun goes to the dogs with its annual Bark Bash

4 thoughts on “ONE LOUDOUN’S MYSTERY DRIVE-THRU”