Ashburn is appearing in news media outlets around the world after a shocking racial incident allegedly happened this weekend. 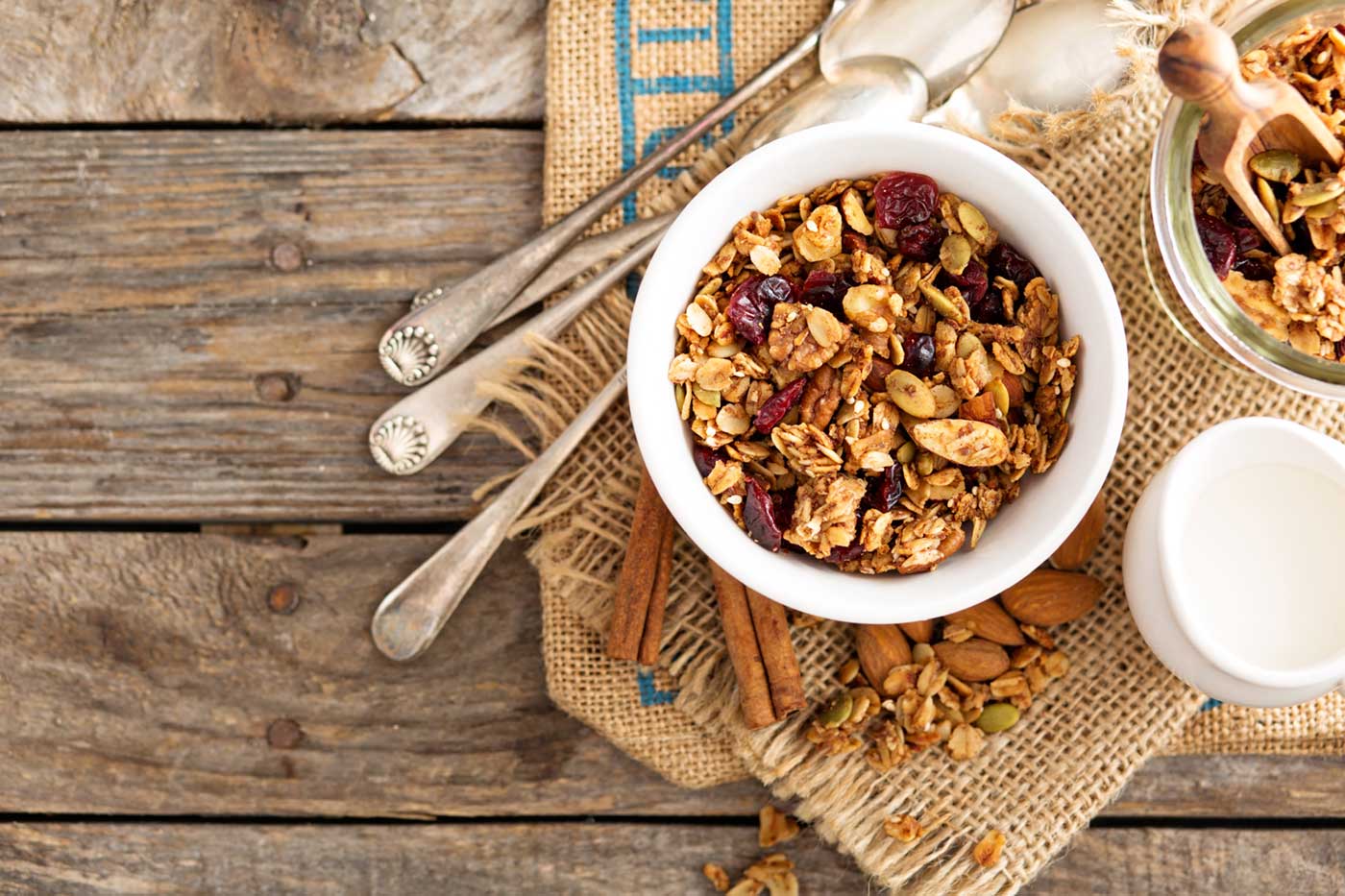 Ashburn is appearing in news media outlets around the country and even overseas after a shocking racial incident allegedly happened this weekend. By now, you’ve surely heard the news about the local waitress  who not only got stiffed on a tip, but also was left a note by the patrons saying they don’t tip black people. It happened at Anita’s New Mexico Cafe at the Cameron Chase Village Center, also known as Ice Rink Plaza, in Ashburn.

Waitress Kelly Carter said it was a young couple, a man in his 20s with a female companion and that there was no issue during the meal Saturday, no incident. Just a regular routine customer interaction. Until she picked up the tab from the table and saw what they had written. 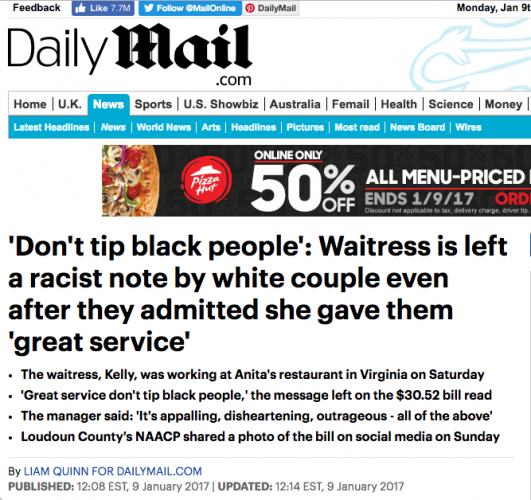 The story was originally posted to the local NAACP’s Twitter page and since then it has take off like wildfire. As of Monday afternoon, it has appeared in local Loudoun and D.C. news media outlets as well as further afield on sites in places like Chicago, St. Louis, Atlanta and Alabama. The Daily Mail in London also picked up the story. It appears that it got put on on CNN’s feed which goes out to hundreds of stations around the country and around the world.

On social media there has been a fiery response — scores of posts and comments both from people angry that something like this could happen, as well as from people skeptical of the story, some even saying it’s a hoax. 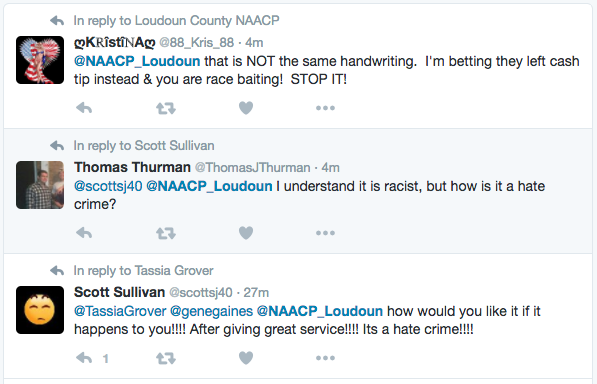 According to the 2010 census, Ashburn’s population was 71 percent white, 14 percent Asian, 8 percent African-American, 7 percent Hispanic and 7 percent other. 98 percent hold a high school diploma and nearly half — 42 percent — have a 4-year college degree.

One would hope we are far too diverse, far too educated and far too compassionate for such horrible racism. Just sayin’.