While the restaurant has reportedly filed for bankruptcy, its lawyer says it plans to stay open during the restructuring. 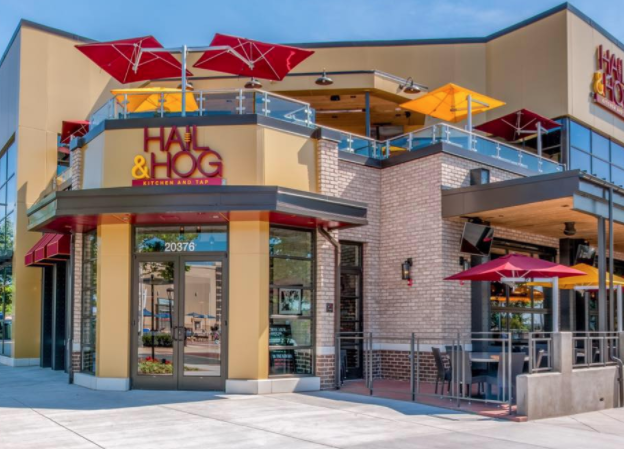 As word spread today that the Redskins-themed restaurant Hail & Hog Kitchen and Tap at One Loudoun had filed for bankruptcy, many people on social media jumped to the conclusion that this meant the restaurant was closing. But that isn’t the case.

Like many other companies and businesses that file bankruptcy, a lawyer for Hail & Hog has said they are staying open, according to The Wall Street Journal. The restaurant will use the restructuring allowed under the filing to give them breathing room as they deal with their creditors.

The restaurant’s problems apparently stem from the cost of construction and money owed to the general contractor. The WSJ first broke the story Tuesday evening. It quickly spread in local media and online where many people seemed to assume that bankruptcy meant closure. “Wow, that didn’t last long,” wrote one Facebook user.

Hail & Hog, which opened in May 2016, is owned by a Florida-based company called g3 restaurants. It owns four other sports-themed grills around the country.

UPDATE: LIGHTS ON AT CROSON LANE AND BELMONT RIDGE