Loudoun County’s worst kept secret blew up on social media Thursday as word spread rapidly that area high school students are staging a protest walkout Friday afternoon. The rumors of the protest have been swirling for nearly two weeks now.

The motivation behind the action seems to be opposition to President Trump’s executive order on immigration, as well as concern about Betsy DeVos, the new Secretary of Education. 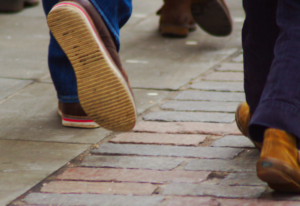 According to texts and social media posts, participating students will exit their classrooms at 2:30 p.m., around the start of eighth block. Where they go from there — whether they stay inside the school or exit the school is unclear. 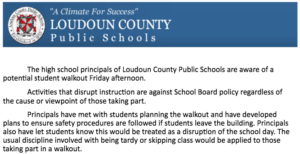 Area residents, many of them parents, quickly took to social media and added their two cents. Some were opposed to the action, saying the children are spoiled and just looking to get out of class. Others expressed admiration for students being politically active and exercising their voices. 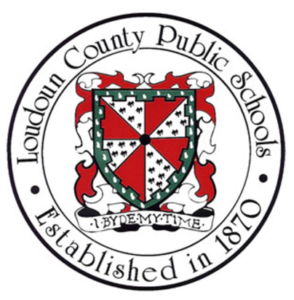