Washingtonian Magazine honored two area restaurants as among the best in the greater D.C. area. 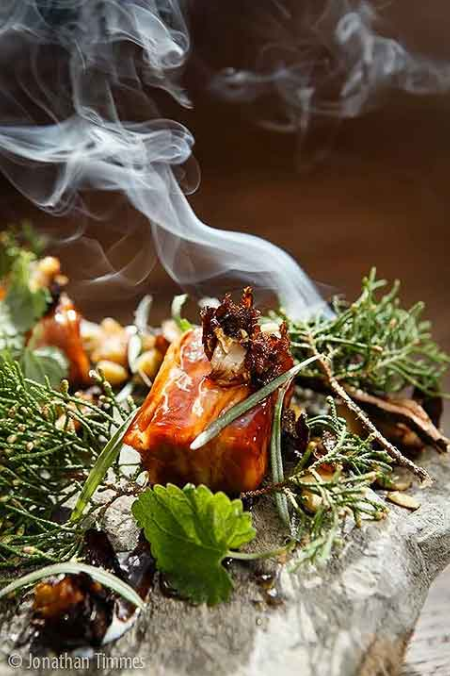 Washingtonian Magazine recently released a list of the “100 Very Best  Restaurants” in the greater D.C. area. As you might imagine, the vast majority of them are in the District or the close in suburbs. Alas, no Ashburn restaurant ranked, but we did count two LoCo restaurants on the list.

The Restaurant at Patowmack Farm in Lovettsville was named the 38th best restaurant in the DMV. “The greenhouse turned dining room is a destination for food lovers/naturalists — a place where ingredient are both grown and foraged on the organic farm and where bread service means fermented sourdough,” the magazine writes. (It lists as the Restaurant at Patowmack Farm as “expensive to very expensive” which may explain why The Burn has never been there. But it’s on our list now.)

Meanwhile, Mokomandy in Sterling snags the very last spot on the list: No. 100. This unique Cajun-Korean inspired restaurant sits in an unassuming strip mall. But the food served is probably unlike anything you’ve tried before. Washingtonian Magazine writes Mokomandy likes to “play” with its food. “They toss cracklings into jambalaya, stuff dumplings with foie gras, and stir morsels of pig’s head into gumbo. (It all works, believe us.)” It’s listed as moderately priced. (The Burn has dined at Mokomandy several times and can back up this ranking. We’ve always had a wonderful meal there.)

(Cover photo at top: The Restaurant at Potowmack Farm)