The Conche, a highly-anticipated restaurant and chocolate shop, is preparing to open at the Village at Leesburg. 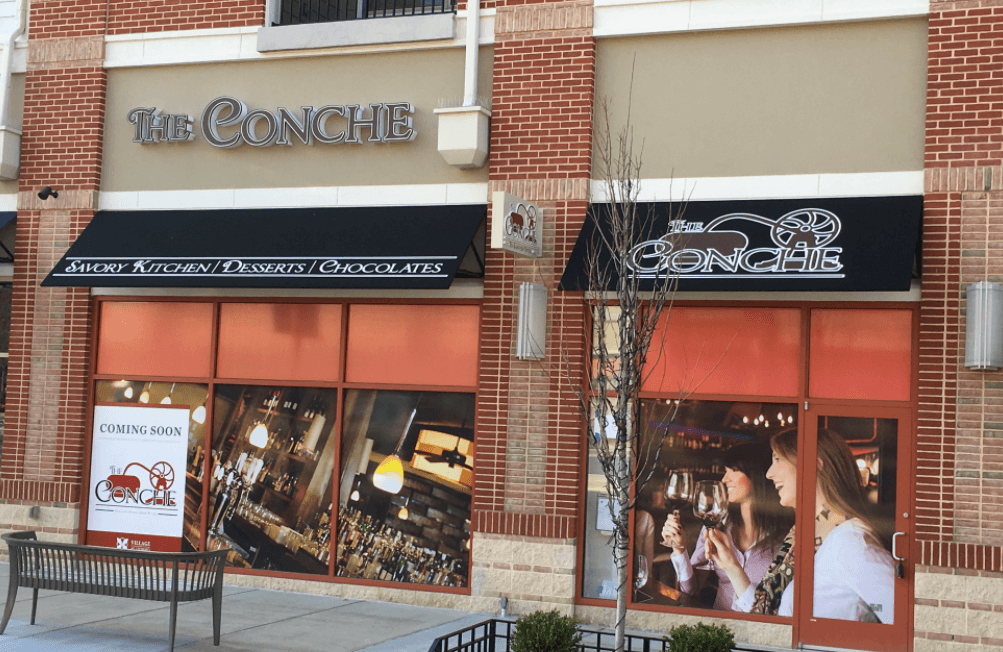 There are signs of progress at a highly anticipated new restaurant at the Village at Leesburg. It’s called The Conche, and while the windows may still be covered over, the sign over the door is now up and so are the custom awnings.

The Conche is a new restaurant and sweet shop created by Santosh Tiptur, one of the originals behind “Co Co. Sala,” a popular downtown DC restaurant which is known for delicious small plates as well as custom-made desserts and chocolates. Tiptur is a well-known pastry chef who has appeared on the Food Network. His new Village at Leesburg restaurant will follow a similar model to Co Co. Sala with both savory and sweet menus, as well as a bar and a retail chocolate shop.

The Conche had originally hoped to be open by Valentine’s Day 2017, but work is still underway at the site. No word yet on a new target opening date but it must be getting close.

In case you’re wondering (because we were too), a “conche” is machine used in the chocolate making process that helps blend in cocoa butter and improves the flavor and “mouth feel” of the chocolate. As far as how it’s pronounced, best as we can tell — it sort of rhymes with “launch.” Any chocolate experts know for sure? 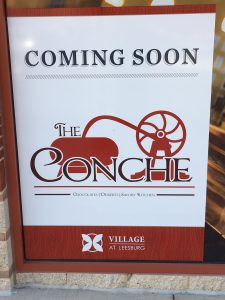