Construction is underway on new retail space at this busy Ashburn intersection. 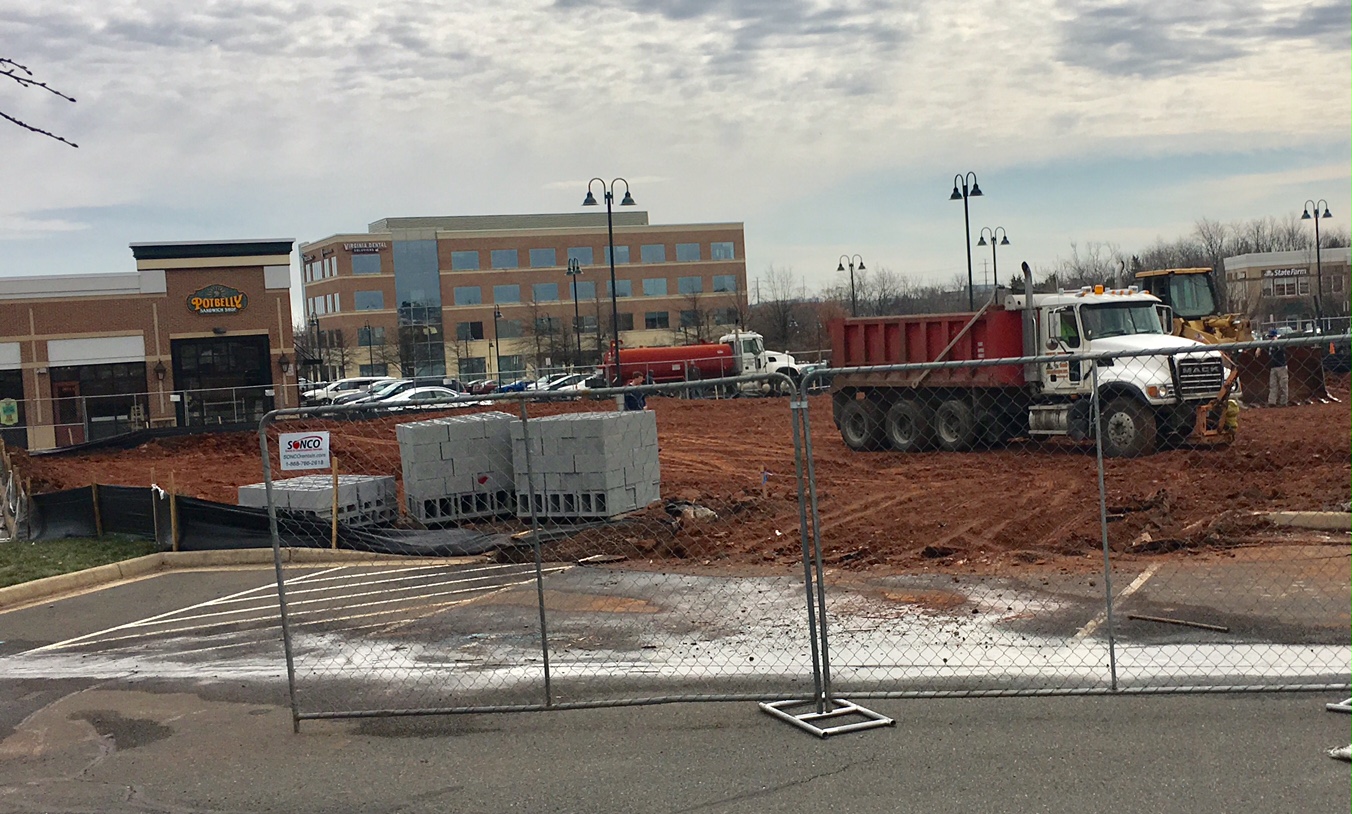 Passers-by have likely seen the construction going on over at Pipeline Plaza at the intersection of Ashburn Village Boulevard and Farmwell Road. A new building is going up in between Bertucci’s Italian Restaurant and the Potbelly and Starbucks.

From what we’ve been told, the new building is going to contain four retail units. One of them will likely be a drive-thru Starbucks, meaning the Starbucks a hundred feet or so away will relocate there. The other three units — as well as the former Starbucks space — will be leased out to new tenants. Who exactly remains to be seen.