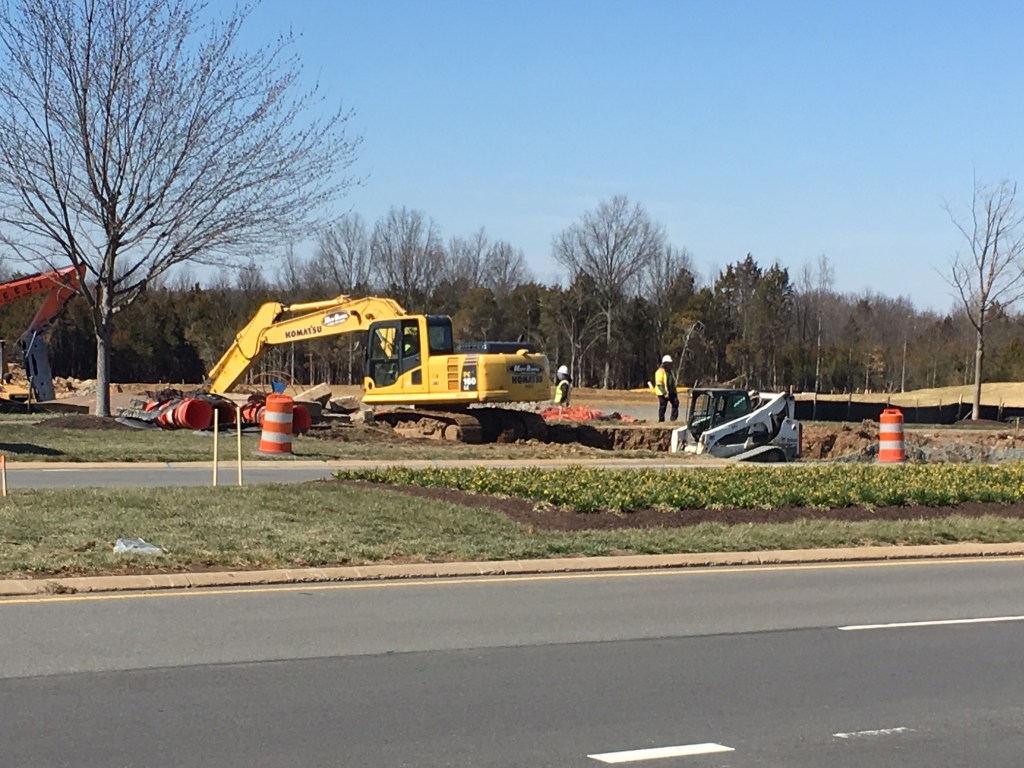 ENTRANCE FOR ROYAL FARMS
Drivers on Claiborne Parkway have likely noticed the construction going on just south of the 267 overpass. The road has been reduced to one lane for a block or two. Based on plans we’ve seen, this will be an entrance (but not an exit) off of southbound Claiborne to the new shopping plaza and office center going up there, specifically to the future Royal Farms gas station/c-store. 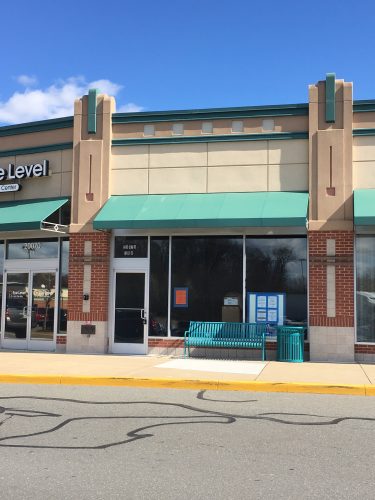 NEW DOMINO’S PIZZA IN NORTH ASHBURN
We noticed a new store under construction in the Ashbrook Commons shopping plaza in north Ashburn. Permits posted in the window say it’s a new Domino’s Pizza location. It’s in a spot to the right of the Harris Teeter, next to an Eye Level Learning Center. 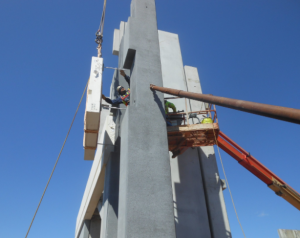 PARKING GARAGE AT LOUDOUN STATION
Today, Shockey Precast posted photos to social media showing their work on the new parking garage going up at Loudoun Station in Ashburn. The new structure, next to the AMC Starplex Loudoun 11 movie theater, will ultimately be nine stories tall (wow!) and have spaces for 1,192 cars.

ASHBURN STORIES: KINDNESS AT THE BLEND