The rough weather and sudden tornado warning made for a memorable afternoon in Ashburn. 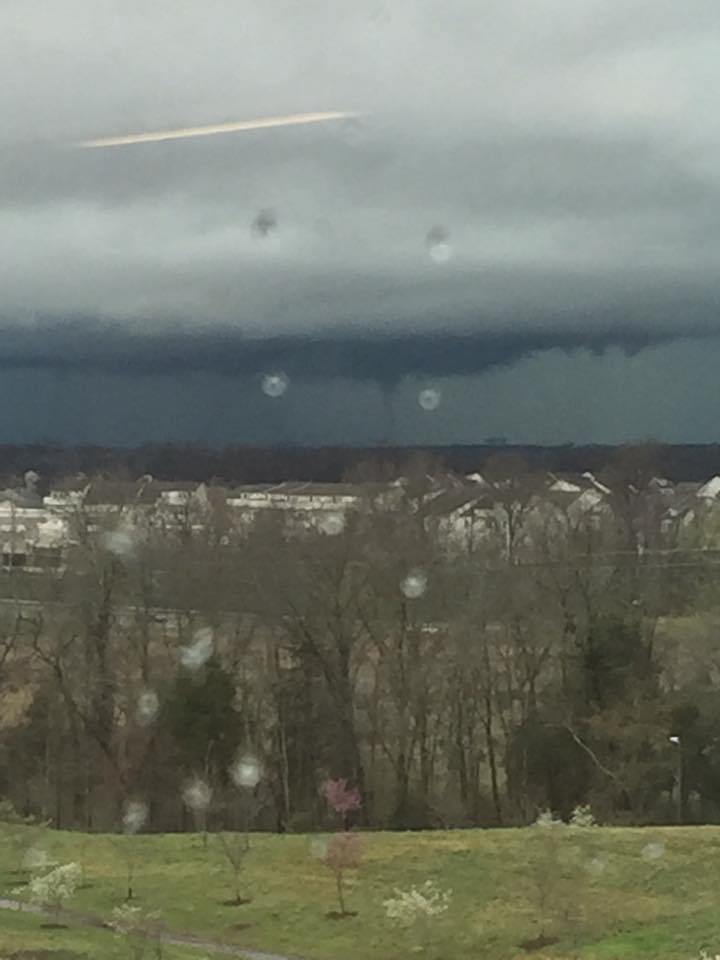 During the thunderstorms that came through Ashburn and eastern Loudoun Thursday afternoon, conditions were right for tornadic activity and rotation was reportedly seen on Doppler radar. A warning went out, thousands of phones across Ashburn blared alarms simultaneously and kids across the area took shelter in their schools. Social media lit up with pictures and videos of dark, churning clouds, heavy rain and lots and lots of hail.

And then there is this ominous photo taken by Todd Winners and posted to Twitter by Ivan Reeder. It apparently shows a weak, but distinct funnel cloud swirling towards the ground near Ashburn. The Washington Post reports they also received reports of a tornado in the Ashburn area, but there’s no evidence it touched down anywhere.

Regardless — it’s proof positive than when the warnings go out, we shouldn’t be complacent. A little more organization and that could have been a dangerous tornado right in our community.