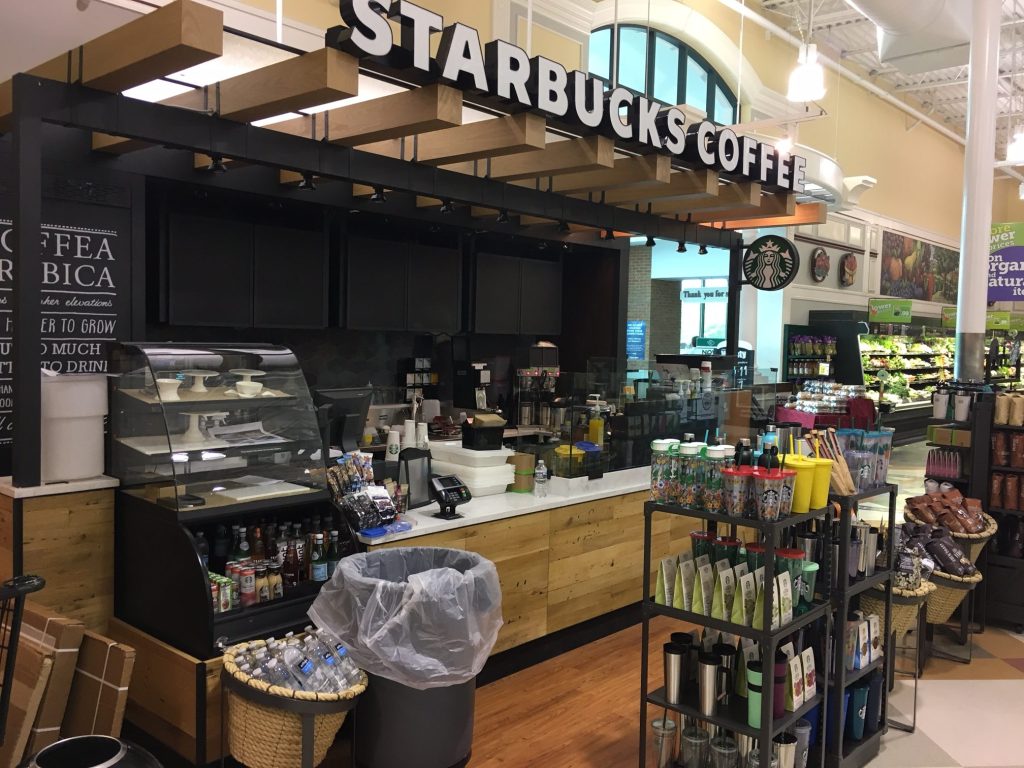 STARBUCKS ABOUT TO OPEN AT BROADLANDS HARRIS TEETER
The Harris Teeter in the Broadlands has been undergoing some improvements over the past few months. A new salad bar was recently unveiled and the new Starbucks store-in-a-store is scheduled to open May 2. Meanwhile, the deli prep area has been sealed off with plastic curtains for a few days while it gets it a make-over.

BAKER’S CRUST ADDS ROOFTOP PATIO
Work is underway on the soon-to-be Baker’s Crust Artisan Kitchen at the Belmont Chase shopping plaza. Even more intriguing — they are apparently constructing an rooftop outdoor patio for patrons with a view across the pond towards Claiborne Parkway. The Burn can only think of a few Ashburn area establishments with rooftop or upstairs patios (Matchbox, Hail & Hog, Lost Rhino Retreat) so this should be a nice addition. Read our earlier post about Baker’s Crust Artisan Kitchen here.

FORD’S FISH SHACK OPENS IN LANSDOWNE
The new Ford’s Fish Shack is opening to the public today at 4 p.m. They will just do dinner hours initially than add lunch and brunch hours in the next few weeks. This is the third Ford’s Fish Shack location in Loudoun County. The other two are in Ashburn and South Riding. 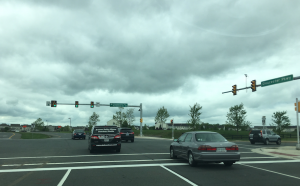 TRAFFIC LIGHTS ON AT GLOUCESTER & MARBLEHEAD
As The Burn previously reported, construction crews were hard at work installing new traffic lights at Gloucester Parkway and Marblehead Drive. Now, those traffic lights are up and operational so drivers be alert.

DELIRIUM CAFE OPENING MAY 15 IN LEESBURG