Quick updates on restaurants in the Greater Ashburn Metropolitan Area. 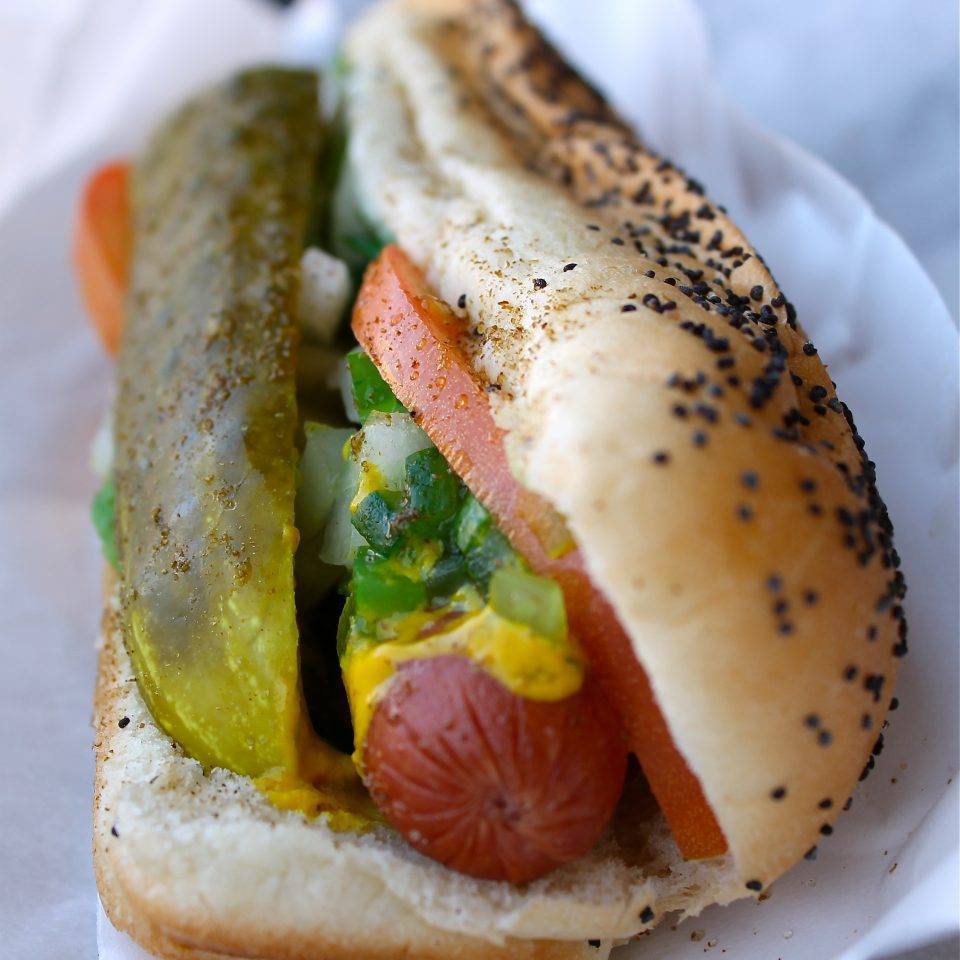 WINDY CITY RED HOTS POSTPONES ANNUAL ASHBURN OPENING
Windy City Red Hots, the original Chicago-style hotdog truck that opened in 2008, has announced the opening of its Ashburn location has been delayed, with no new date in sight.. Normally by this time of the year, Windy City would have opened for business at its usual spot in the parking lot of Blue Mount Nursery off Route 7. It seems this past winter did a number on the truck and there are repairs needed. Fortunately, there are still two brick-and-mortar Windy City locations for your Chicago dog fix — one in downtown Leesburg and one in Frederick.

FRENCH HOUND OPENS “SOFTLY” ON WEDNESDAY
The French Hound Brasserie, the new French restaurant at Lansdowne Town Center, has announced that they will open their doors tomorrow, Wednesday, May 3. It’s what the restaurant business calls a soft opening — limited hours with little fanfare while they work out the kinks. “We still have a few more hoops to jump through before we are totally open, however we are still moving in the right direction,” the restaurant posted on social media. For this first week, the French Hound will be open from 11 a.m. to 10 p.m. Wednesday through Saturday.

DELIRIUM CAFE RESCHEDULES GRAND OPENING BY ONE WEEK
Delirium Cafe, the much anticipated Belgian brew pub in downtown Leesburg, has announced that they’re sliding they’re opening date by a week. The new establishment — featuring a gourmet bar menu and hundreds of national and international beers — was scheduled to open next Monday, May 8. But now, Delirium will open the following Monday — May 15.