Opening this coming Monday, the new Belgian brew pub in downtown Leesburg offers hundreds of beers and ciders and a gourmet menu as well. 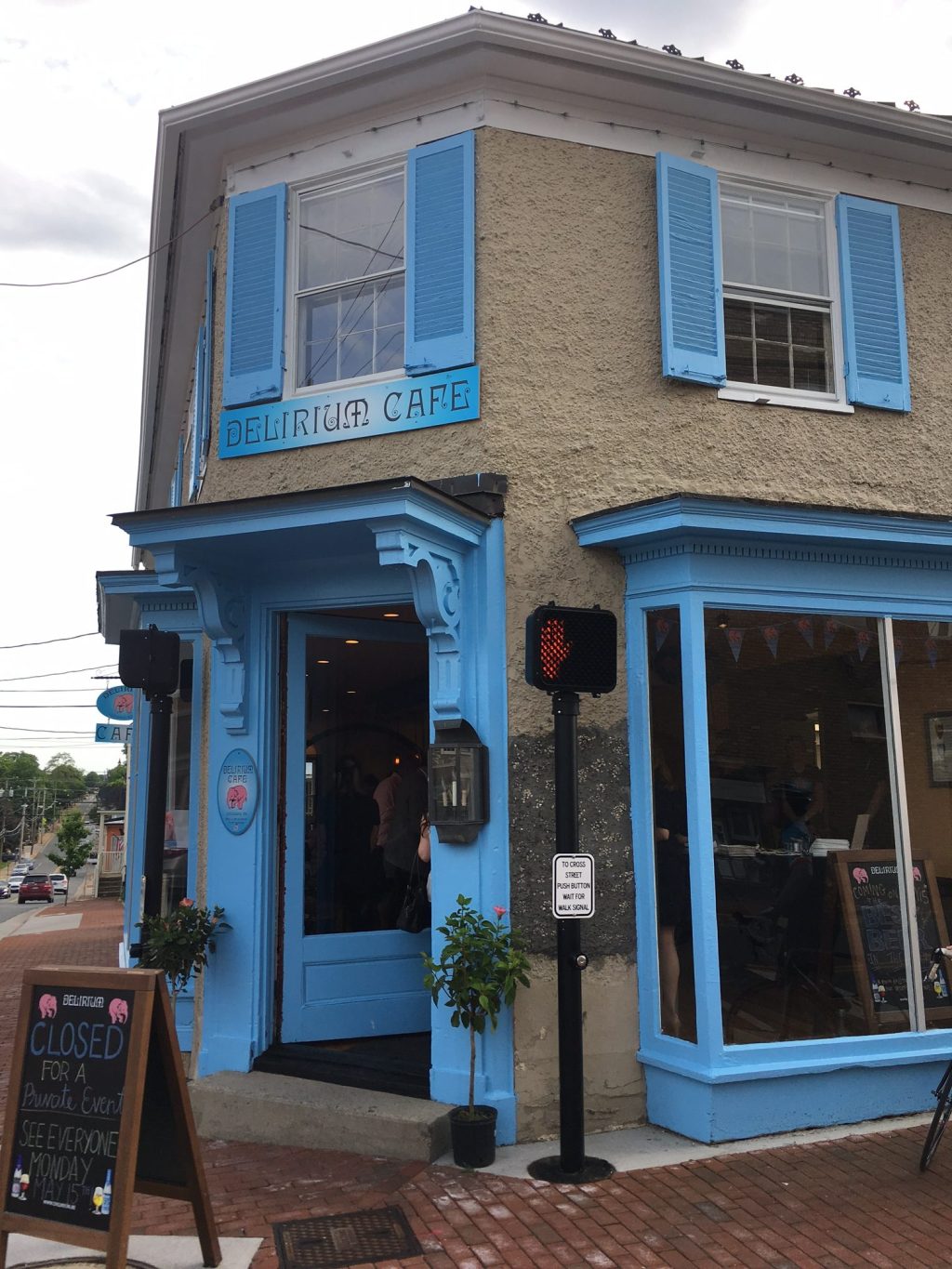 Monday is the big day at the new Delirium Cafe — the grand opening of this long-anticipated new boîte in downtown Leesburg. In anticipation, the Belgian-style brew pub has been holding some private events this week to help its staff get ready.

The Burn stopped at Delirium on Wednesday night and sampled a few brews and some delicious food. Our first thoughts: downtown Leesburg has a new hot spot on its hands.

Delirium offers seven house beers from Huyghe Brewery, its own brewery in Belgium. It also has 17 additional beers on tap and 200 more available in bottles. We tried their basic Deliria, a smooth Belgian blond ale and also sampled a Floris Apple, a fruit ale. We don’t normally drink fruit beers, but this one was fantastic.

The menu at Delirium has had a recent revamp from earlier versions that created buzz. The new one offers a wide variety of small plates and light dishes perfect for noshing while sampling the beverages. Cheese and charcuterie plates, several styles of fancy frites (fries), mussels, salads and sandwiches make up the bulk of the menu, with a few entrees available at the dinner hour.

The brew pub — which is housed in a historic century-old building at the corner South King Street and Loudoun Street — has a bar area, a dining area, a back porch and beer garden with picnic tables perfect for a warm summer night.

Even more exciting, Delirium is collaborating with several area breweries on brand new brews. An American IPA called “Dedicated” will be available at Delirium on opening day, brewed in partnership with Leesburg’s Crooked Run Brewing. Plans are in the works with other brewers as well, including Ashburn’s own Old Ox Brewery.

Delirium Cafe will have a ribbon cutting celebration at 10 a.m. on Monday and they will officially open right afterwards, starting at 11 a.m. for lunch.