There’s a new restaurant coming to the Broadlands in Ashburn, and, as far as we know, it’s not quite like anything else in the area.

Here’s what’s going on: the Charminar Indian Restaurant in the Broadlands Village Center has closed. And in its place, a new restaurant called Wild Harmony will be opening. 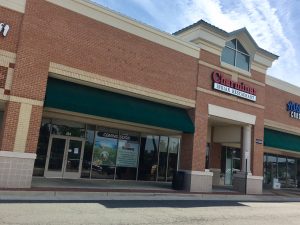 According to the signs in the window, Wild Harmony will serve meals made with “natural” foods. No growth hormones, no artificial treatments, pasture raised meats with no herbicides or pesticides, and organic greens. 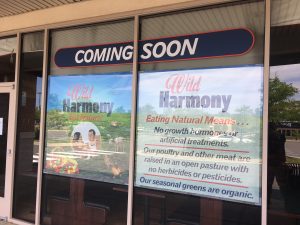 The Burn spoke to Manish Pokhrel, the owner of the new restaurant. He says the menu will be a mixture of South Asian dishes with some American dishes. One of the most interesting features will be the focus on water buffalo meat. “It’s lean and organic and raised in an open pasture,” Pokhrel said. “It comes from a local farm. It’s a healthier version of red meat.”

Wild Harmony will also serve momos, Nepalese dumplings from the Himalayas. Pokhrel says he hopes to open this month, perhaps by Father’s Day.

The gelato shop took over the former Maggie Moo's spot.

After 15 years, the kids' science center has closed for good.