Broadlands parents upset over what they consider a bizarre and confusing school walk zone. 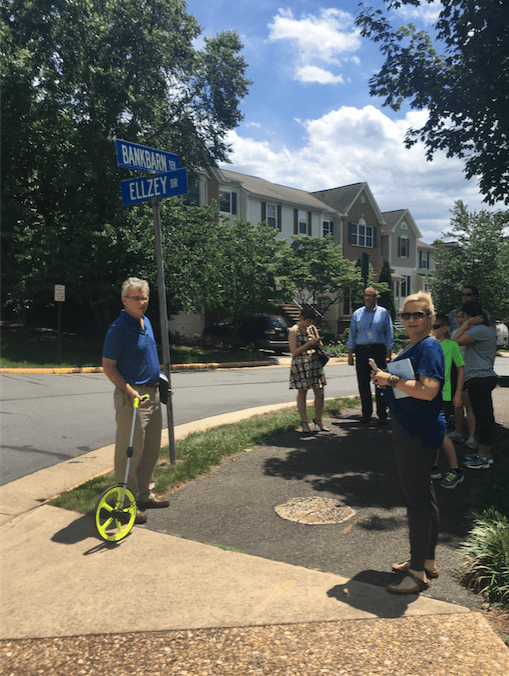 Tuesday, a group of concerned parents met with Kevin Lewis, assistant superintendent with the Loudoun County Public Schools. They gathered at Eagle Ridge Middle School to discuss the newly expanded school walk zone that will impact dozens of homes in the Broadlands. The quick take-away: Errors were made in the design of the walk zone, but they don’t violate district policy so the walk zone stands. 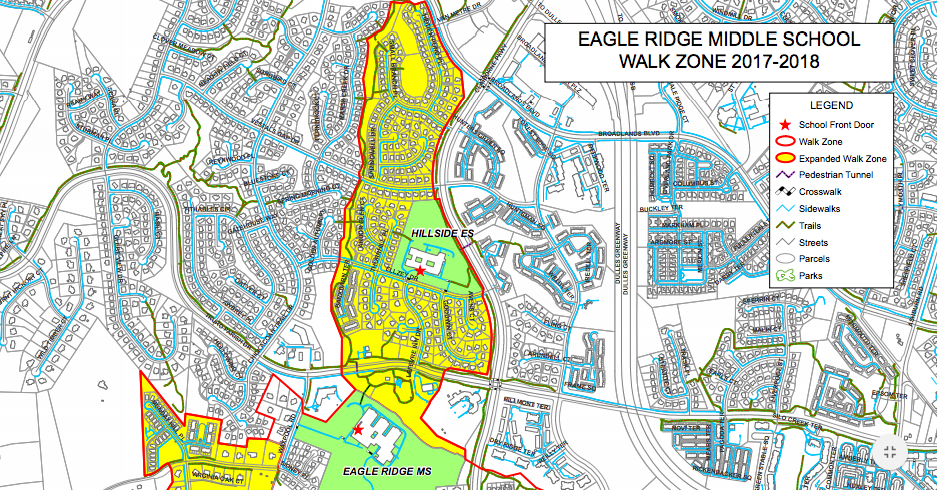 The oddly shaped walk zone — long and narrow — will have some children walking more than a mile to school while other students who live much closer to the school will get a bus. At the northern end of the walk zone, children will have to walk past other children waiting for the bus — a bus they are not allowed to board.

The demarcation line for LCPS seems to be the Broadlands nature path, a path that is often not shoveled for days after snowstorms. Students on the east side have to walk, while students on the west side are provided a bus. Children who have a 30-minute walk to school can look out their back windows at homes a hundred feet away whose children get to ride a bus. 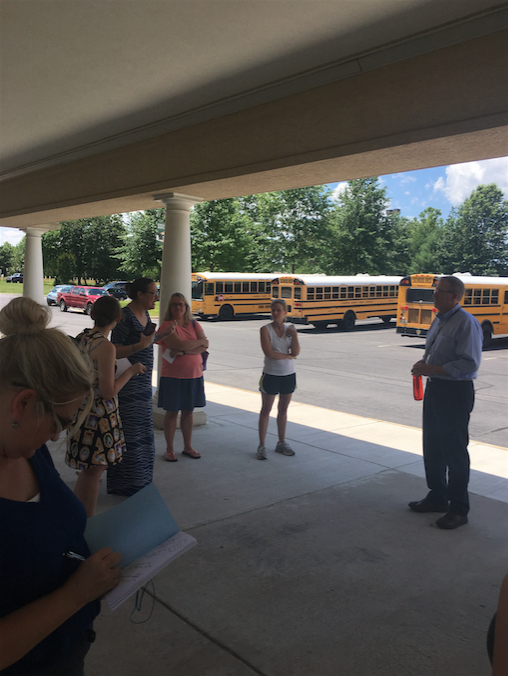 Multiple parents who attended the meeting and walked the path with Lewis shared these concerns with him. According to them, Lewis’ response: the design of the walk zone was a mistake, that other homes should have been included, but there’s nothing they can do about it. Apparently, the deadline for notifying parents of walk zone changes has passed.

When parents pointed out that the nature path is often not shoveled, which would force kids to walk down Claiborne Parkway or Chickacoan Trail (routes that exceed the district’s 1.25 mile maximum for some children), Lewis reportedly said that was an HOA issue.

Parents who attended Tuesday’s meeting say, in light of the mistake made this year, they would like LCPS to revert back to last year’s walk zone. The expanded walk zone can then be reevaluated for the following school year. The deadline for filing appeals (link here) is coming up at the end of June. 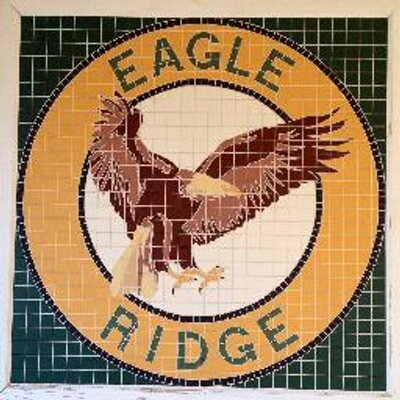