Construction on the new Ashburn restaurant should begin by the middle of July.

The cool, retro sign for the new Dickey’s Barbecue Pit has gone up at the future site of the restaurant in Ashbrook Commons.

According to owner Chris Mills, construction should begin the second week in July and wrap up sometime in September. His team will also be working on furniture and fixtures, hiring and training and scheduling a grand opening — date still to be determined. 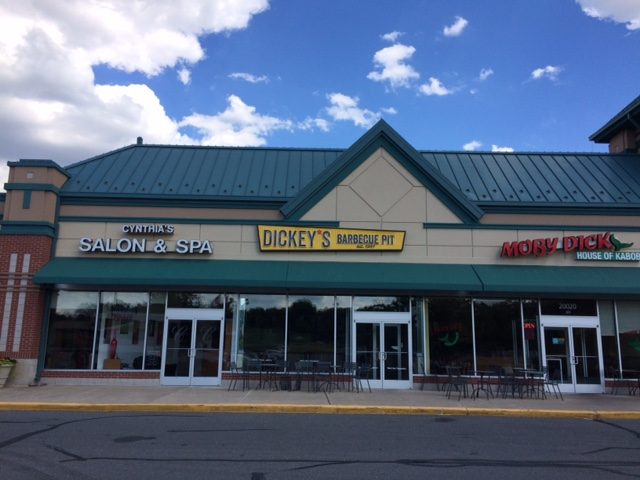 Dickey’s Barbecue Pit is a fast-casual barbecue restaurant specializing in slow smoked meats such as beef brisket, chicken, pulled pork, pork ribs and Polish-style kielbasa. The company was was founded in 1941 in Dallas, Texas. Today, it has more than 500 locations across the country. The Ashbrook Commons location will be the first Dickey’s in Loudoun County. Currently, the closest Dickeys to Ashburn are in Fairfax and Centerville.