The grand opening for the new Broadlands business is set for next weekend. 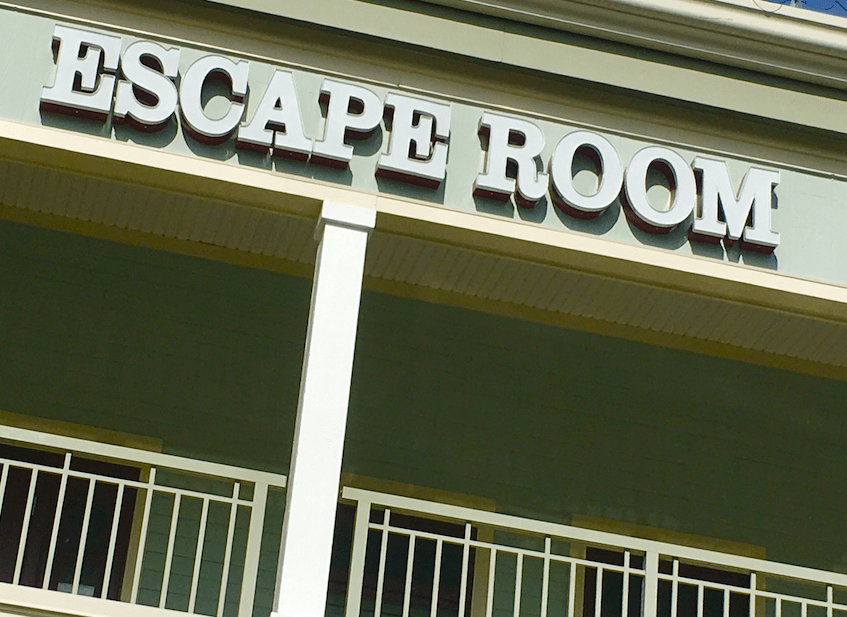 The new Escape Room Ashburn has quietly opened its doors to adventurous customers — call it a soft opening — as it prepares for its official grand opening next Saturday, July 15.

Currently, two of the center’s escape rooms are up and running. Two more rooms are in the works. Final construction and testing on those will take place in the coming weeks.

Each room at Escape Room Ashburn has a different theme. The two rooms already open are: the Candy Shop room, in which you try and find a stolen recipe for a bestselling candy bar, and the Bank Heist room where the mob is forcing you to rob a bank to rescue your family that’s being held hostage. The other two rooms — Federal Fiasco and Jailbreak will be ready soon.

If you haven’t tried an escape room before, it’s like a living puzzle. The idea is that you and your team of friends are “locked” in a room and given a mission. You have to follow a series of clues and use various objects to “solve” the room, unlock the doors and escape.

Escape Room Ashburn is in the retail center at the corner of Truro Parish Drive and Chickacoan Trail Drive in the Broadlands. It’s on the second floor, above the Broadlands Sports Bar & Grill.