Many people haven’t see the road work because it’s happening off the beaten path. 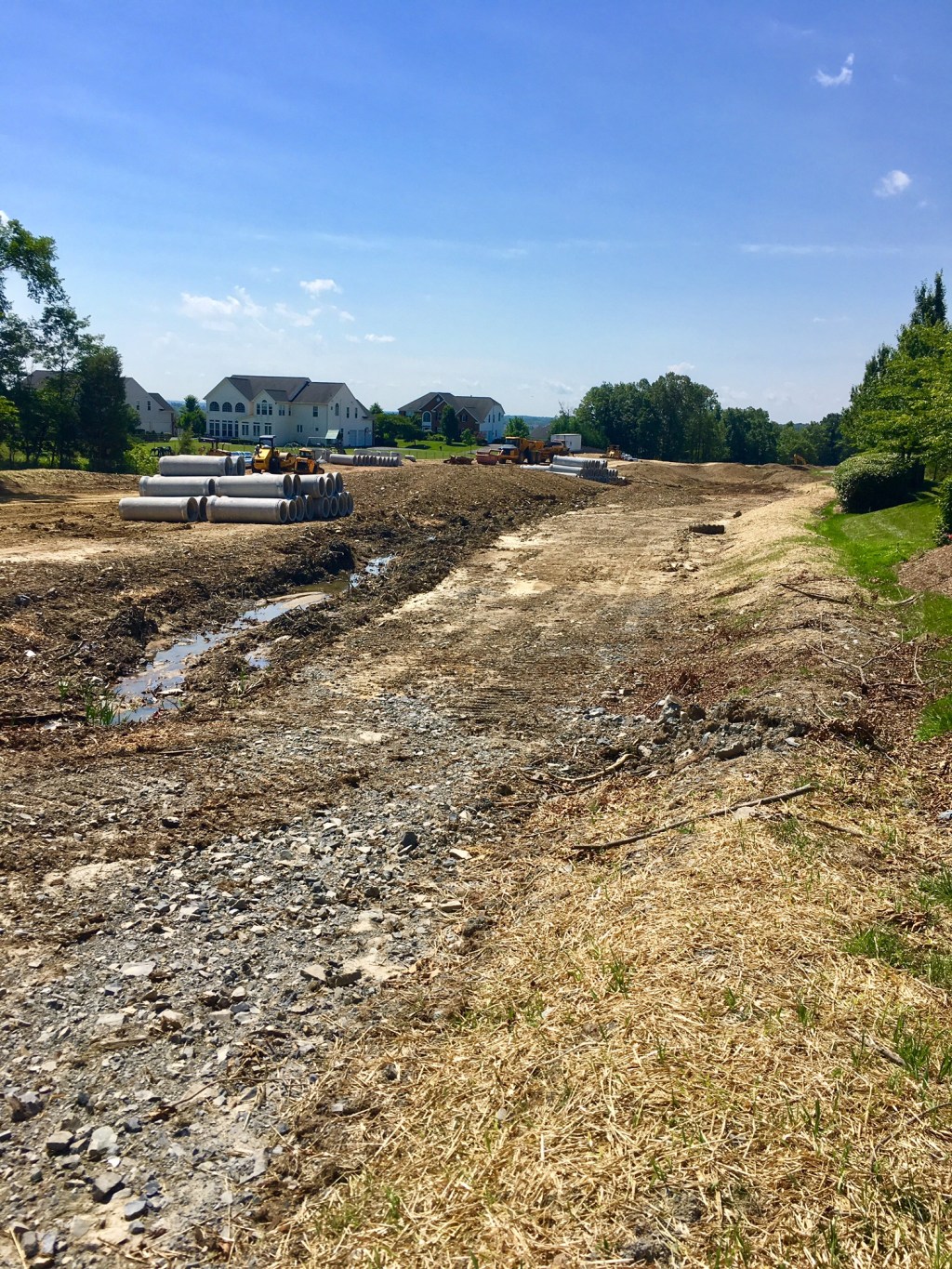 What if a major road project were underway in Ashburn, but no one noticed? That’s (sort of) what’s happening with Claiborne Parkway, but nearly two months after works started, The Burn stopped by and it looks like things are moving quickly.

Technically, the expansion of Claiborne is from Croson Lane near Broadlands south to Ryan Road near Brambleton. When completed in late summer 2018, it will provide an alternative to Belmont Ridge Road for north-south travel in Ashburn and link north of Route 7 all the way south to Brambleton, Loudoun County Parkway and (eventually) all the way to South Riding and Route 50.

But Claiborne already extends a little past Croson. The work really starts at Ravenglass Drive. Since no one drives down to the end of the road unless they’re going into the Windermere neighborhood, most people passing by don’t see the construction. And it will remain mostly out of sight. Ultimately, your best view may be from busy Ryan Road looking north.

BOWLERO OPENS IN VILLAGE AT LEESBURG

COCINA ON MARKET OPEN FOR BUSINESS