News briefs about restaurants in the Greater Ashburn Metropolitan Area. 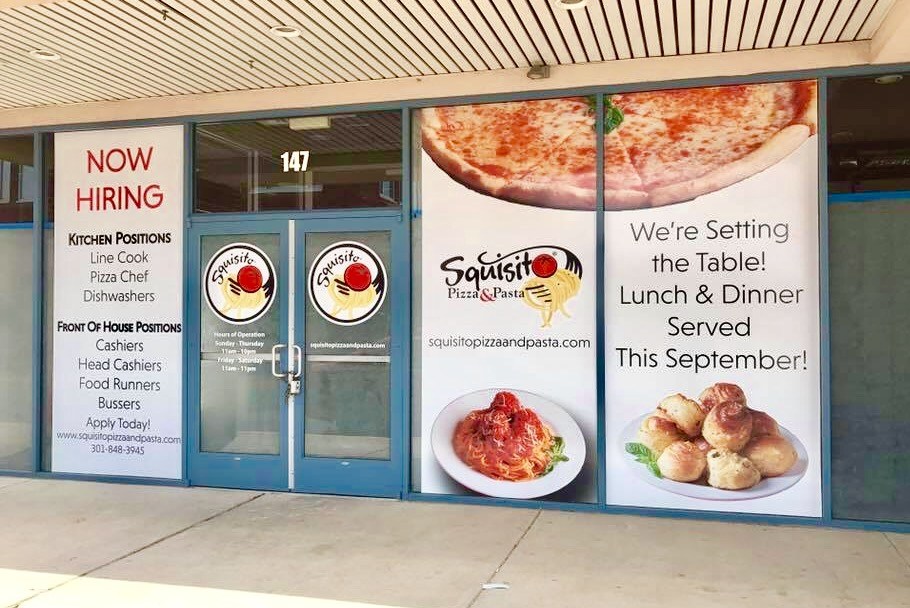 SQUISITO PIZZA & PASTA TARGETS SEPTEMBER OPENING
Squisito Pizza & Pasta, the New York-style pizza place coming to the Ashburn Village Shopping Center, has announced they are planning to open in September. New temporary signs went up in the windows this week, introducing themselves to the neighborhood and putting the word out that they are hiring. (Click here to see the original story when The Burn broke the news about Squisito.)

SIGN UP AT 5 TARA IN VILLAGE AT LEESBURG
The new sign was installed Thursday at the coming soon 5 Tara Indian restaurant in the Village at Leesburg. The restaurant, which will specialize in northern Indian cuisine, is opening in a space a couple of doors down from the Cobb movie theater. (The Burn was also the first to tell you about 5 Tara — click here to see the original story.)

POTBELLY COMING TO LEESBURG
Finally, The Burn broke the news about a Panda Express coming to Leesburg. (Original story here.) It’s under construction in front of the Kohl’s Department Store, next to the Chick-Fil-A. Now comes word from the Town of Leesburg that there is also going to be a Potbelly Sandwich Shop in there. Something to watch: Potbelly will be direct competition to the Which Wich sandwich shop across the street.