The two brands — both new to Ashburn — are opening in the Broadlands. 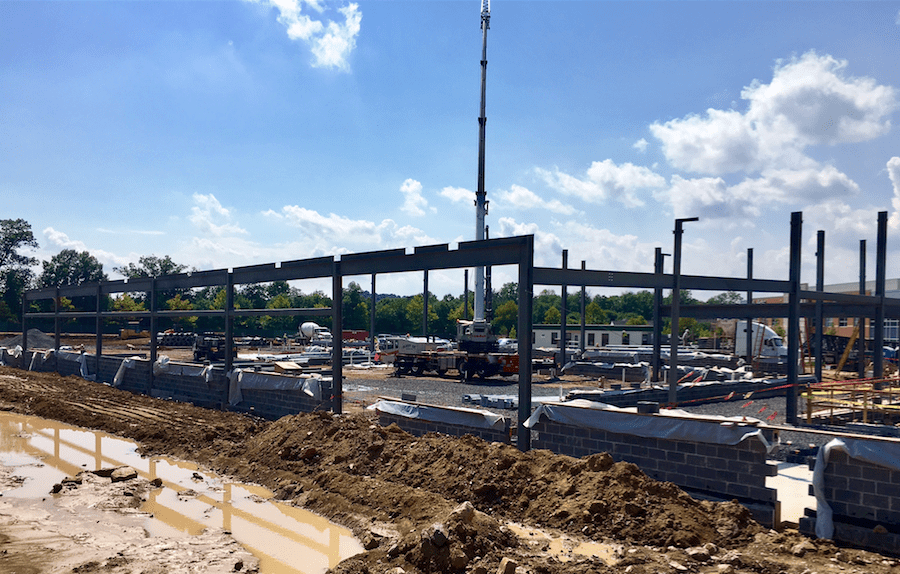 As most drivers around Broadlands have seen, construction is underway on both the eagerly anticipated Lidl grocery store and the Royal Farms gas station/convenience store.

Just this week, the Lidl “went vertical” in a big way with big metal support beams soaring into the sky. Next door, site work is underway on the plot of land that will become Royal Farms.

These are two significant additions to the Ashburn retail scene. The Lidl (rhymes with needle) will be the first location in Loudoun for the fast-growing Germany-based chain. More than 20 other Lidls have opened this summer around the southeastern U.S. (Click here for The Burn’s sneak preview inside the new Lidl store.) Meanwhile, there’s the looming showdown with the nearby ALDI grocery store — opening this fall just a few hundred yards away in the Broadlands Village Center. ALDI is also a German-based grocer and a chief rival to Lidl. It’s certain to be a fascinating face-off for those of you who like these kinds of things.

It will also be the first Royal Farms location in Loudoun County, as the Maryland-based c-store chain moves aggressively into the Virginia market. And we would be remiss to not mention that the area will also be getting a new player in the fast food field. Royal Farms is famous for its fried chicken, something sorely lacking in southwest Ashburn, so expect that to be a draw.