Restaurant managers dispute they are closing by Dec. 1. 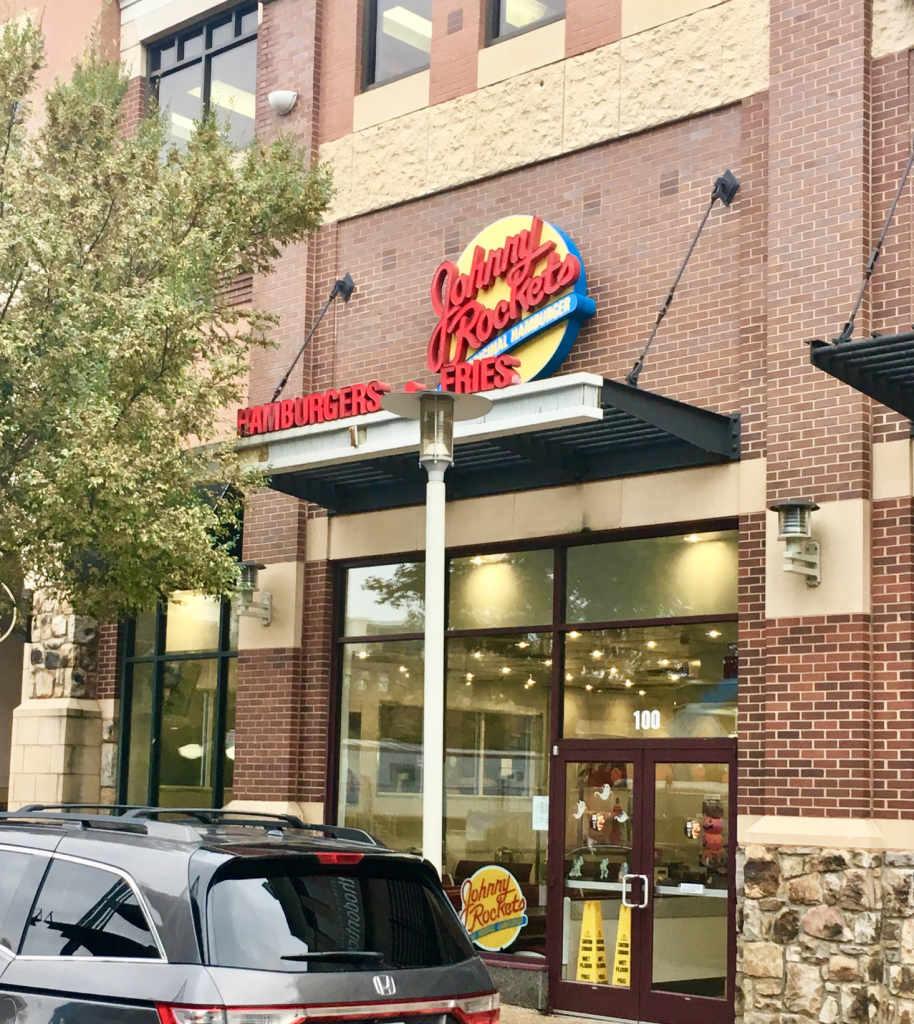 Last week, The Burn reported that the Johnny Rockets restaurant at Brambleton Town Center would be closing by December. Within a few hours, this story had created quite a kerfuffle and, out of respect for the parties involved, we took the unprecedented step of removing the story until the details could be sorted out.

Here’s the backstory on how this all went down.

Last week, The Burn noticed on a website that the Johnny Rockets space was listed as available for lease. Obviously, shopping centers don’t do this unless the space is empty — or they expect it to be empty soon. (See images above and below. The yellow square showing a square footage of 3,235 is the Johnny Rockets space, just north of the Blue Ridge Grill. Yellow means “available.”)

We called up KLNB, which is the commercial real estate broker that represents Brambleton Town Center. A representative there confirmed that the space was actively listed for lease with an expected availability date of December 1.

The Burn then called Johnny Rockets and asked to speak to a manager. We asked the gentleman who came on the line if the restaurant was closing. He said not that he knew of. And frankly this isn’t unusual. The Burn knew about Bertucci’s closing in Ashburn before many of the employees did.

Regardless, the news that the space was publicly listed as available for lease and the information and Dec. 1 date had been confirmed by a rep for the shopping center was fact. Concerned that staff may not know, The Burn suggested someone let the restaurant know we were publishing a story. We then held off posting the news for two days.

So where do things stand now?

As of this morning, the Johnny Rockets space still appears online as available to lease. Meanwhile, Johnny Rockets says they are not closing by Dec. 1. When we asked them about the future of the restaurant in that location, we were told that negotiations are underway and there are a variety of different paths this could take.

Our view: Maybe the parties involved will reach an agreement and Johnny Rockets will stay there. Maybe they won’t. Regardless, property owners don’t like to have empty spaces in their shopping centers so they want to start trying to fill a spot as soon as they think it’s going to be available. That means putting it on the market. Meanwhile, businesses don’t want to telegraph their plans early because it can impact employees and sales. Two competing agendas equals a kerfuffle.

CHICAGO’S PIZZA WITH A TWIST OPENING IN OLD ASHBURN