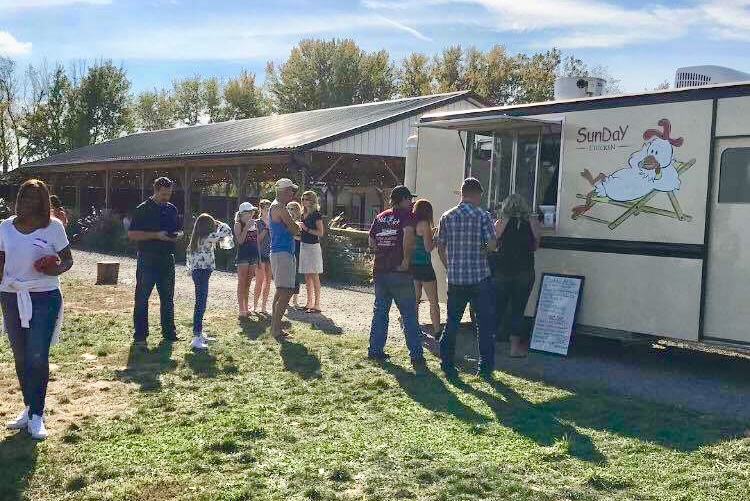 SunDay Chicken, a new food truck in Loudoun County, held its official debut today. The truck — created by Nils Schnibbe of Captain Catoctin’s fame and his business partner, Christopher Peters — reportedly serves chicken tenders and chicken sandwiches in a variety of preparations (grilled, breaded, etc.) and styles (on a waffle, a biscuit, etc.) 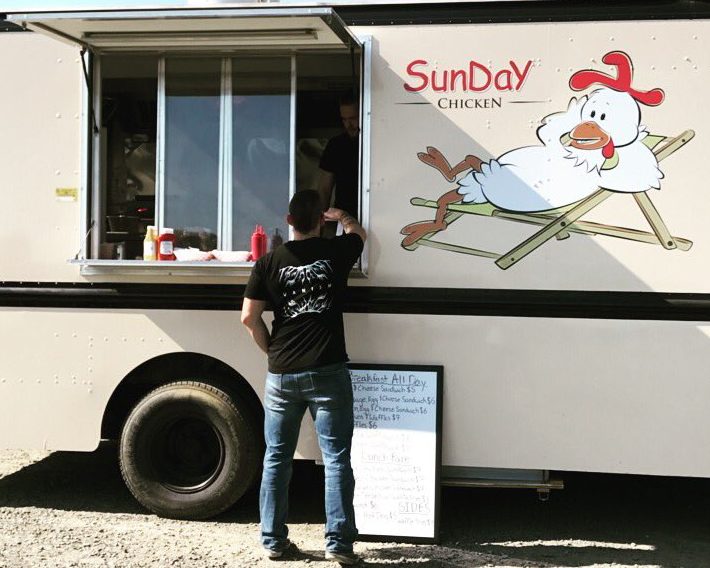 The truck has had some practice runs in recent weeks, but today is the official “first day.” They are at Vanish Farmwoods Brewery in Leesburg until 6 p.m.

While unconfirmed, the name sures seems to be a wink at the fact that Chick-Fil-A is closed on Sundays. The truck’s slogan reads, “Your cravings have been answered. Delicious chicken sandwiches on a Sunday.”

IS TRADER JOE'S COMING TO ONE LOUDOUN?