The video has been viewed more than 20 million times and counting. 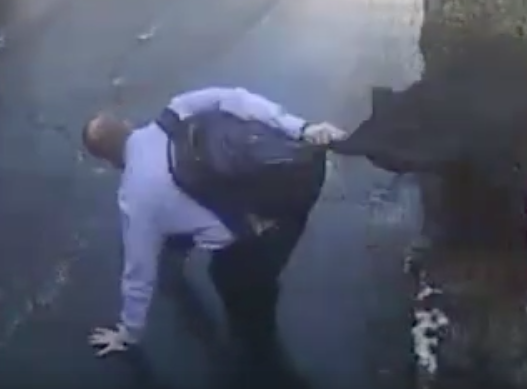 Yes, you’ve probably see this video a dozen times now, but since it since it took place here in Ashburn, we’re posting it anyway. Because it’s awesome.

This 10-second clip shows Ashburn resident Tim Besecker losing a fight with his ice-covered driveway. The video has gone crazy viral in the past 24 hours since it was first posted. At the time we are writing this, it’s been seen more than 20 million times and shared more than 500,000 times.

It was posted Tuesday morning by Tim’s wife, Kelly Besecker, on her Facebook page and from there it took off out of control. Just like Tim. On his driveway.

FYI, Tim told Fox5 in D.C. that he was fine. “I was looking for something to grab onto – and there was nothing – so, down I went!”