A giant bucket-shaped ceiling light is the highlight of the renovations. 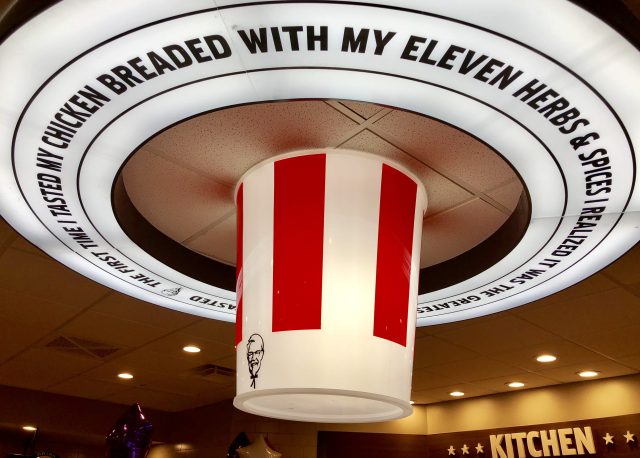 Not the biggest news out there, but worth noting that the Kentucky Fried Chicken location at the intersection of Ashburn Village Boulevard and Farmwell Road has gotten an extreme make-over. Both the exterior and the interior of the building have been completely redone. 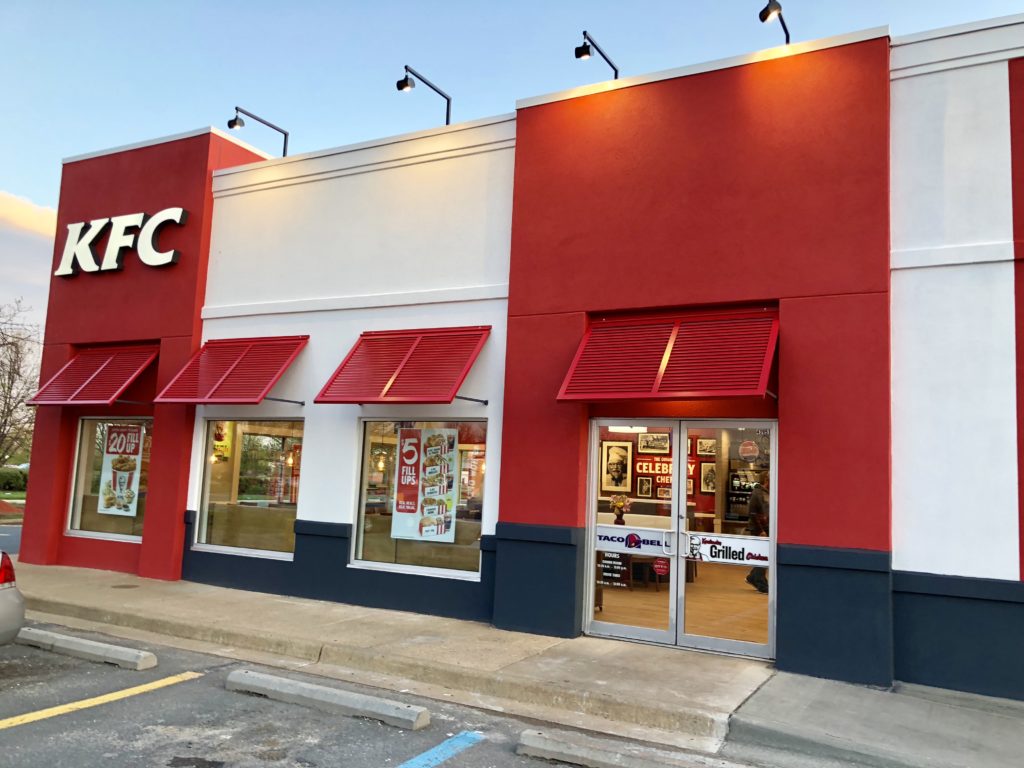 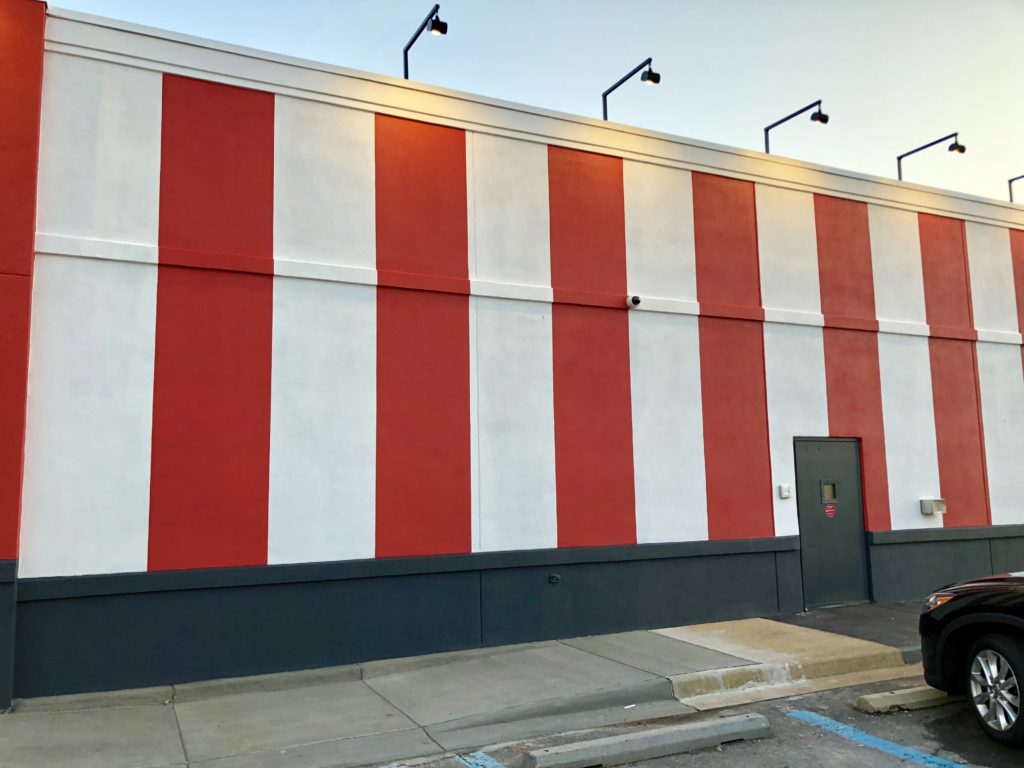 Let’s face it — if you’d been there, you know the old KFC was getting a little rough around the edges. It was not pretty. Now, new awnings and big bold stripes to match the iconic KFC bucket cover the outside of the building. And inside, new seating, new wall decor, a new soda station, new bathrooms and a gigantic KFC bucket-shaped light make this definitely the KFC of the future. The restaurant also still carries Taco Bell menu items, but the interior is entirely decked out as KFC. 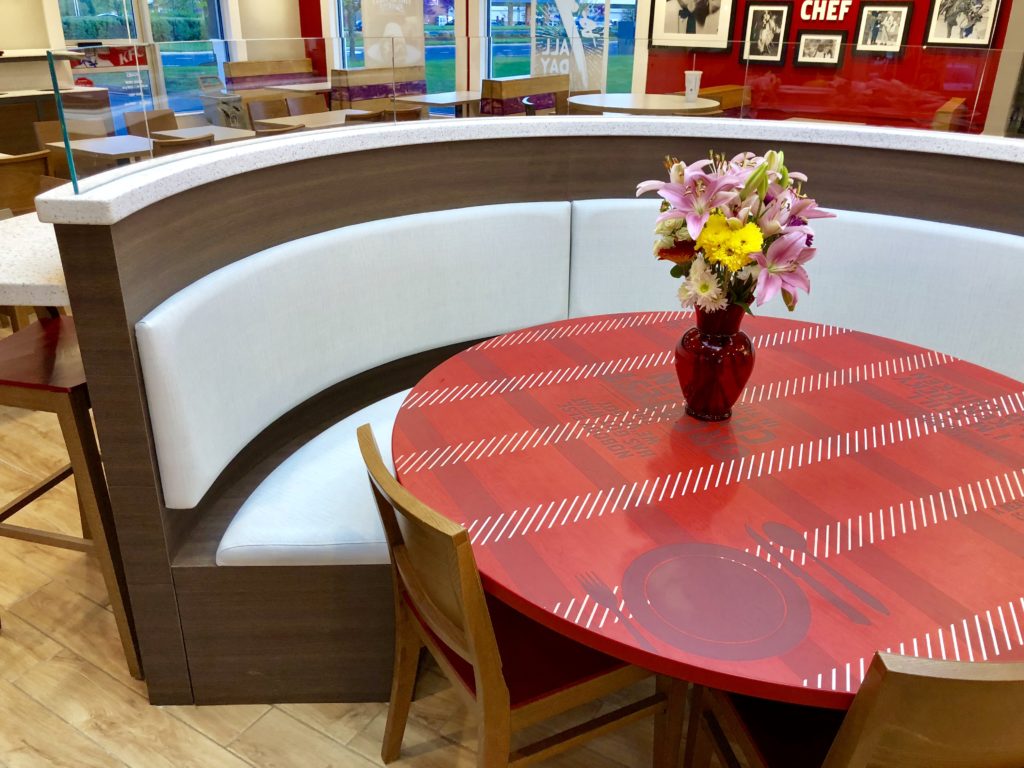 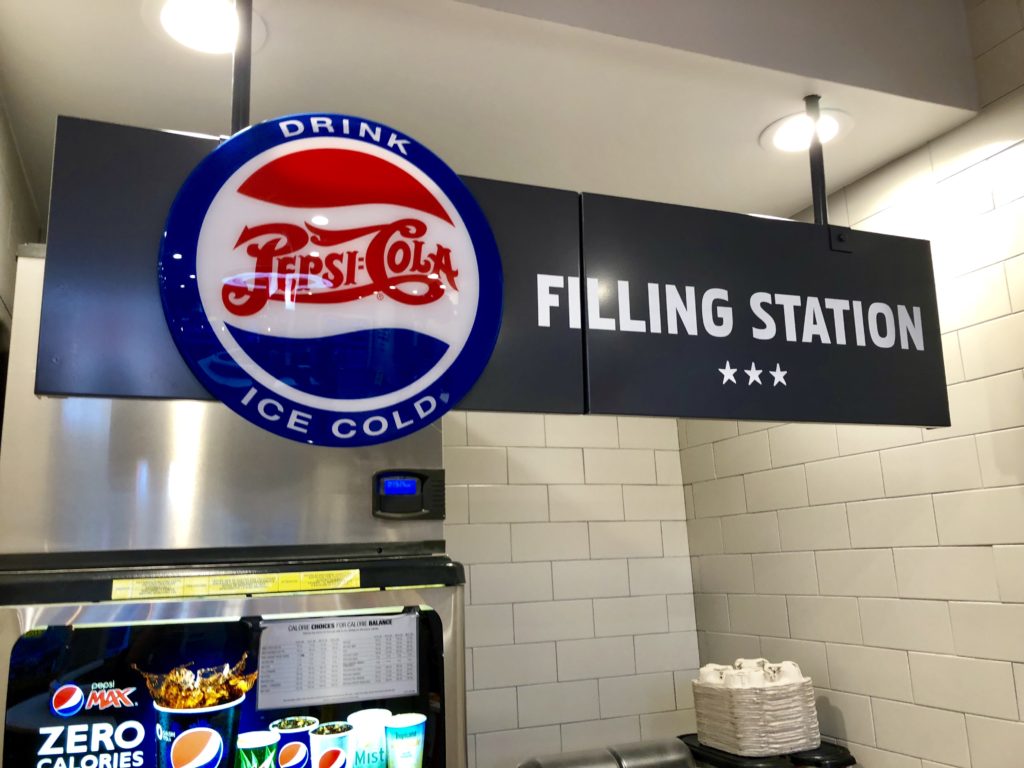 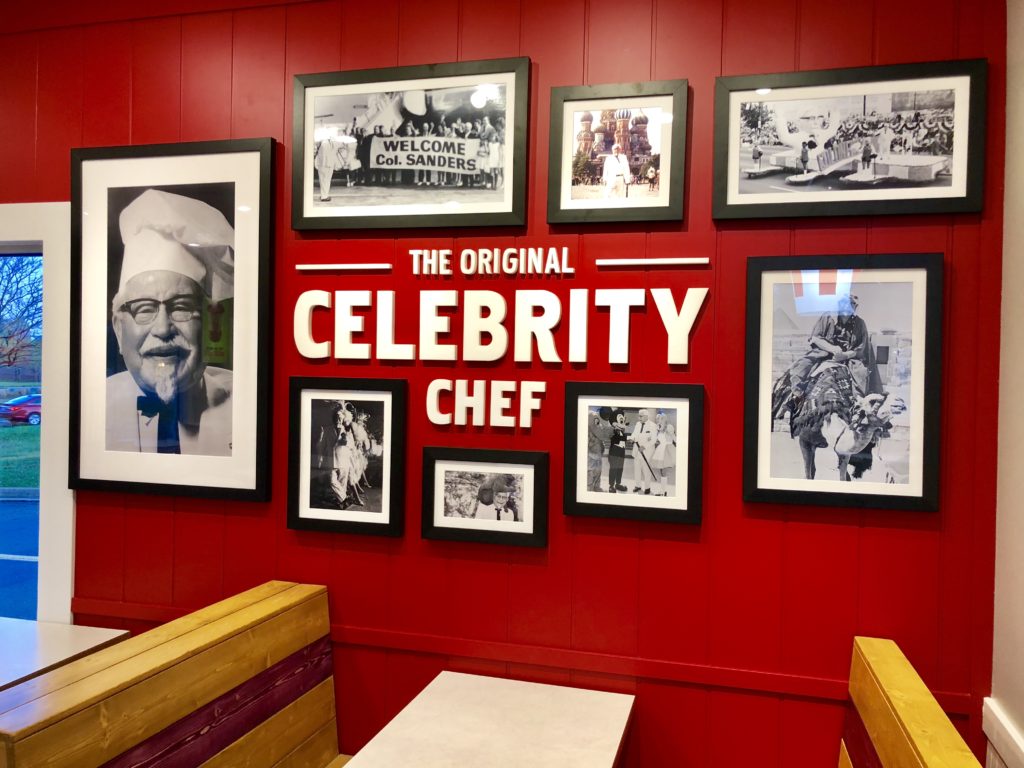 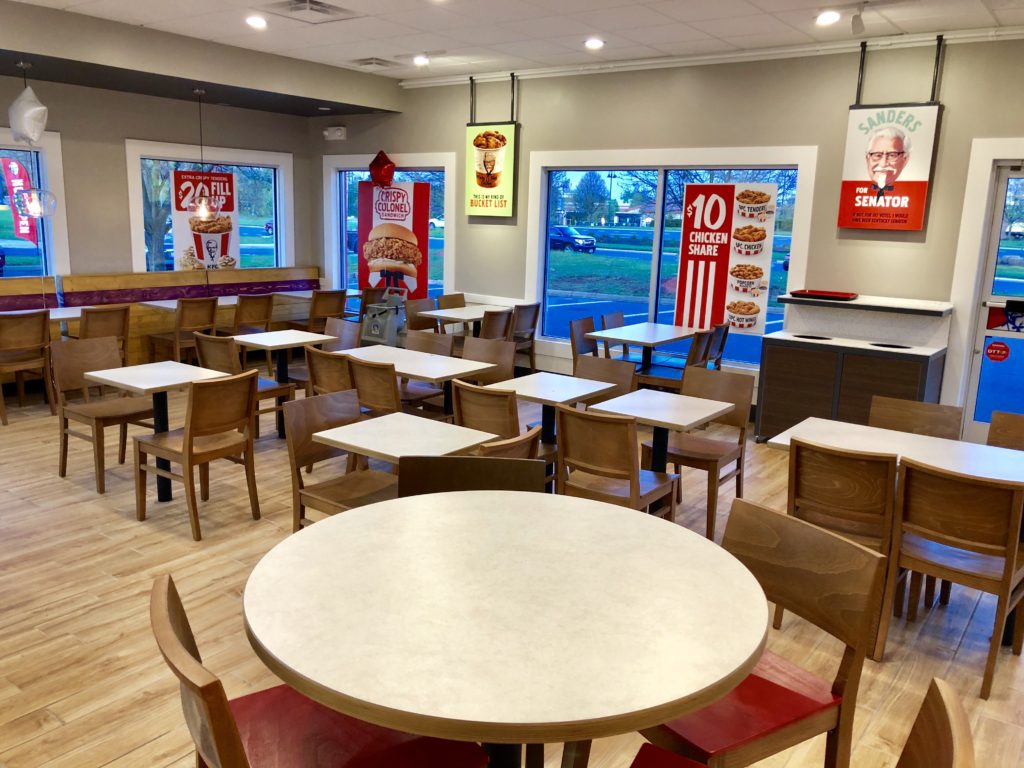 The Ashburn KFC isn’t the only older area restaurant getting a facelift. The Burger King at the Ashburn Village Shopping Center (at Gloucester Parkway and Ashburn Village Boulevard) was recently given a complete overhaul. The KFC was closed for about three weeks during the refurbishing. It re-opened this past week. 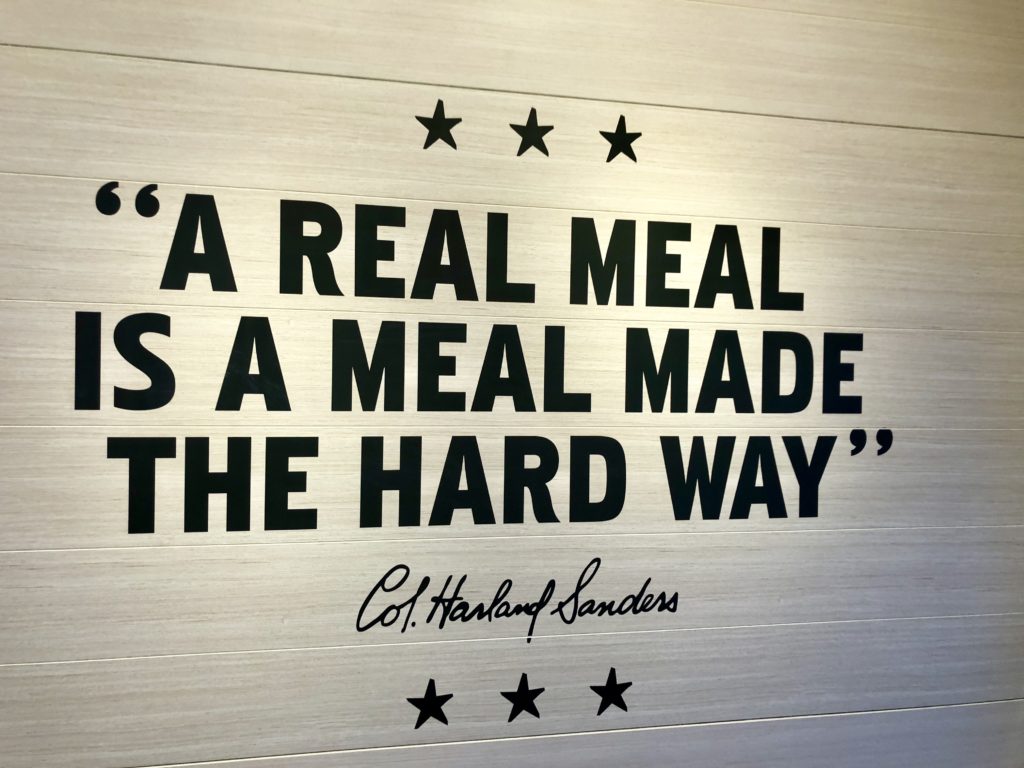