The store is expected to open later this year. 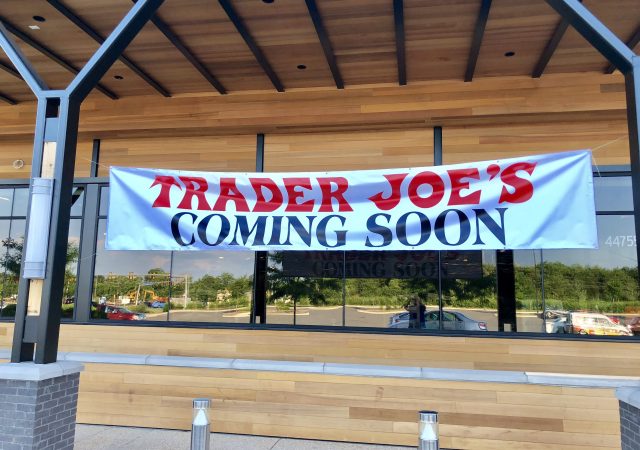 For those of you tracking the progress of Loudoun County’s first Trader Joe’s location at One Loudoun, a sweet sign of progress today. A temporary banner has been strung up in front of the new store announcing TJ’s is “coming soon.” Inside, fixtures like shelves and checkout counters are being assembled. 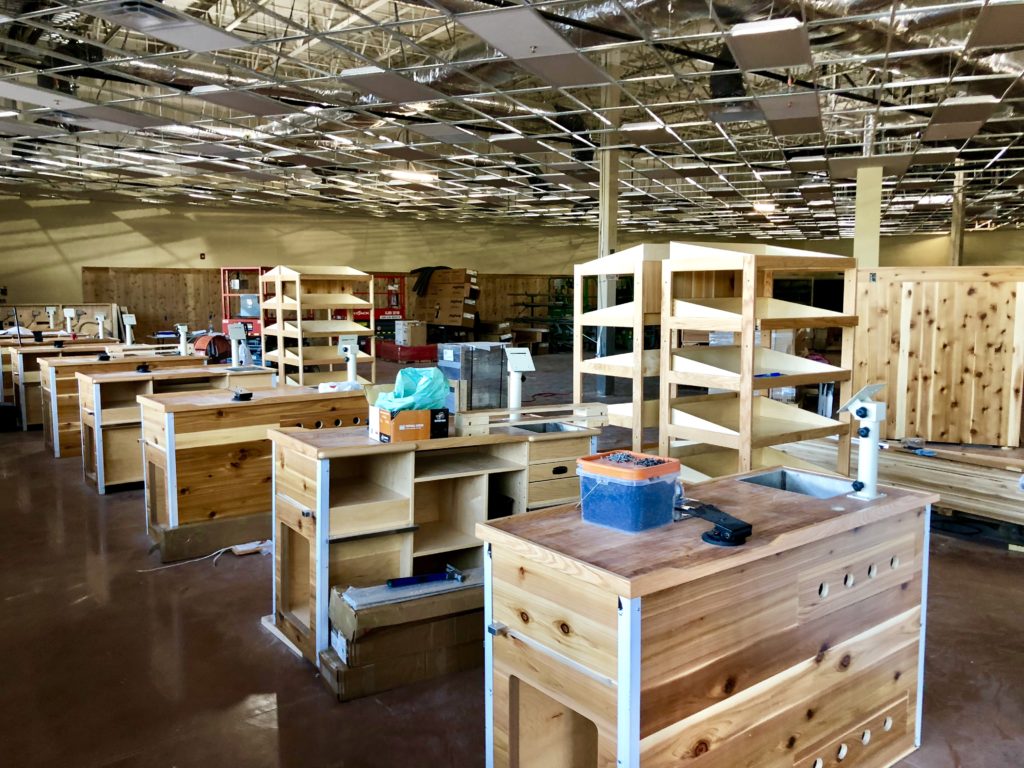 Regular readers of The Burn were the first folks to learn that the popular grocery store brand was exploring Ashburn when we reported it back in March 2017. They were the first to learn it was official that TJ’s was taking the former Fresh Market space at One Loudoun when The Burn found the building permits this past February. And The Burn was the first to report when Trader Joe’s HQ formally announced the Ashburn store in May, with a planned opening of late 2018. 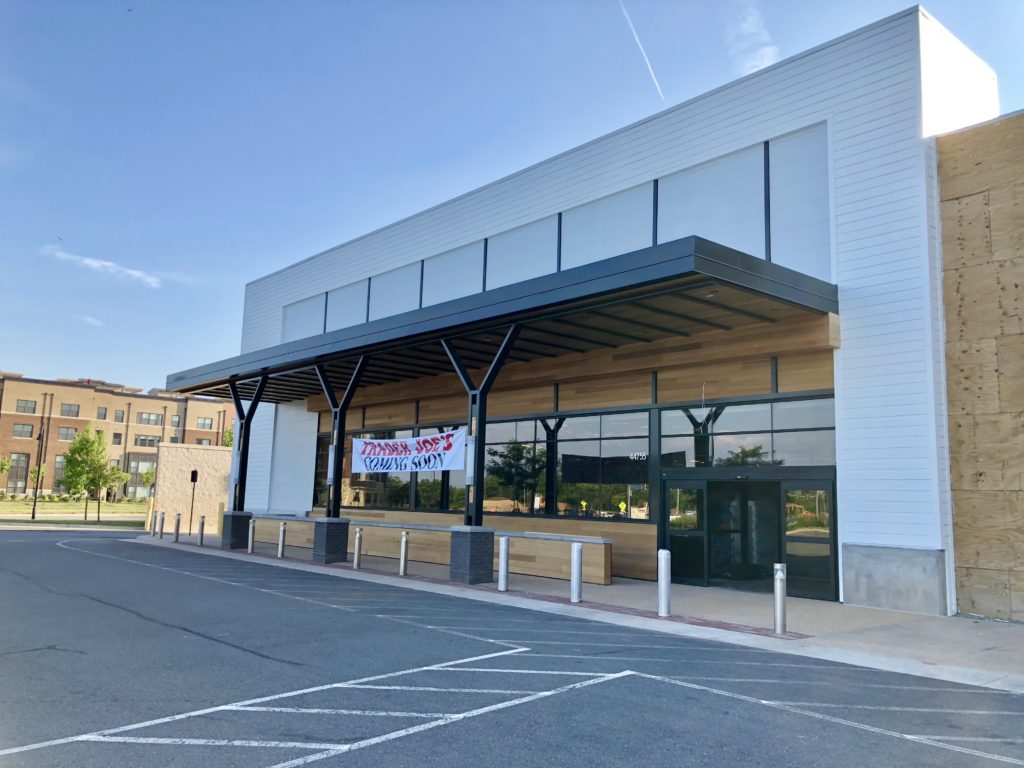 The one odd element to all this is the complete and utter silence from One Loudoun itself. There has been no big announcement. They’ve made no mention of it on any of the center’s very active social media accounts. Even a map on the center’s website feature a big blank hole where the Trader Joe’s store is going.

We had heard that officials at One Loudoun were under a serious gag order mandated by Trader Joe’s corporate headquarters, but surely that must be over now, what with a big banner hanging out front that says Trader Joe’s on it. It’s a head scratcher.

AGGIO CLOSES DOWN AT ONE LOUDOUN