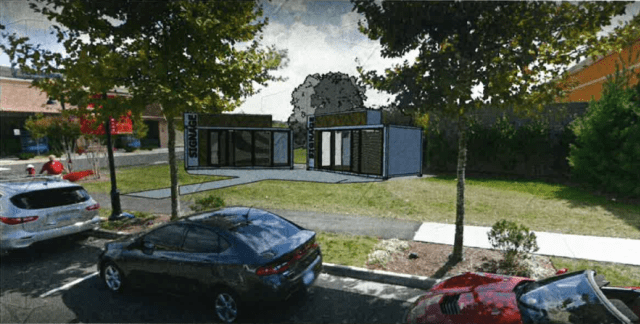 Pop-up businesses have been all the rage recently — stores that take over an empty storefront for a few weeks or months — then pack up and move on. It’s great for shops that sell seasonal goods, and it’s a great way for a home-based business to experiment with having a brick-and-mortar store without a long-term, onerous commitment.

One Loudoun in Ashburn has already hosted pop-up stores in the past, but now they’re making it official by installing two pop-up kiosks in the empty lot behind Uncle Julio’s Mexican Restaurant. The kiosks will be in retro-fitted shipping containers and include air conditioning, heating and signage. Each kiosk will be 180 s.f. and feature a short-term lease with a minimum of three months. The center plans to build a deck around the kiosks and add seating too.

No word yet on what type of businesses might occupy to the two kiosks. One Loudoun has just started marketing them. They hope to have them open by September.