It’s part of an effort to make the shopping center more visible. 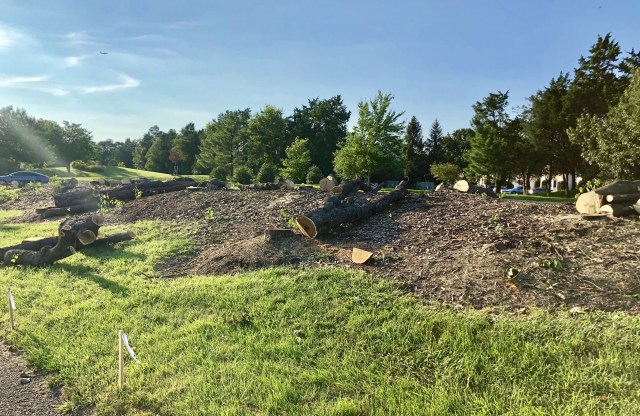 The Burn has gotten a bunch of messages from people wondering why the trees have been chopped down at the intersection of Ashburn Farm Parkway and Summerwood Circle, near the Global Foods and the Buffalo Wing Factory. It’s all part of a facelift for the Ashburn Farm Village Center currently underway. 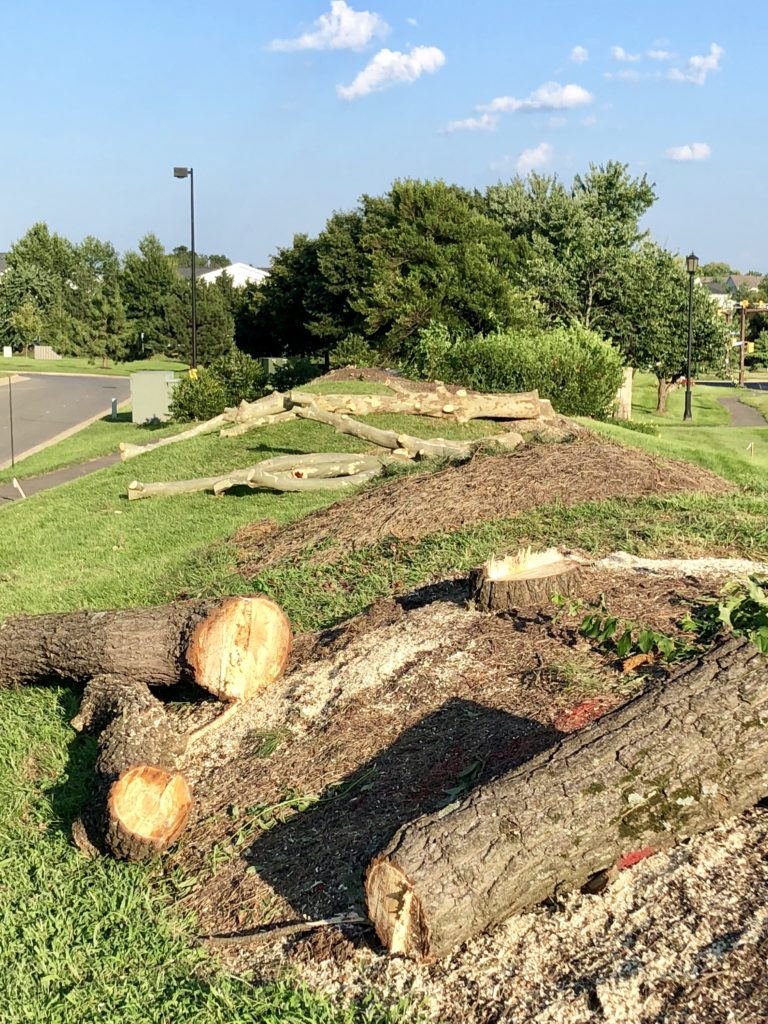 The trees are coming down and the earthen berm will reportedly be removed in an effort to make the center more visible to the 50,000 cars that pass by on Ashburn Farm Parkway each day. In it’s previous state, the center was sort of hidden from view and easy to overlook. As part of the effort, new, more prominent signage is being planned as well. Check out this artist rendering from the center’s leasing agent to get an idea of what it will look like when completed.

As The Burn previously reported — Global Foods may not be there much longer. The 57,000 s.f. space is currently available for lease. That includes possibly cutting the space up into smaller units if no single large business is interested. Once Global Foods leaves, the facade of the former supermarket will get a make-over as well.

SIGNS ARE UP AT TRADER JOE’S