Ron Richards was the comedian’s teacher at Broad Run High School back in the 1980s. 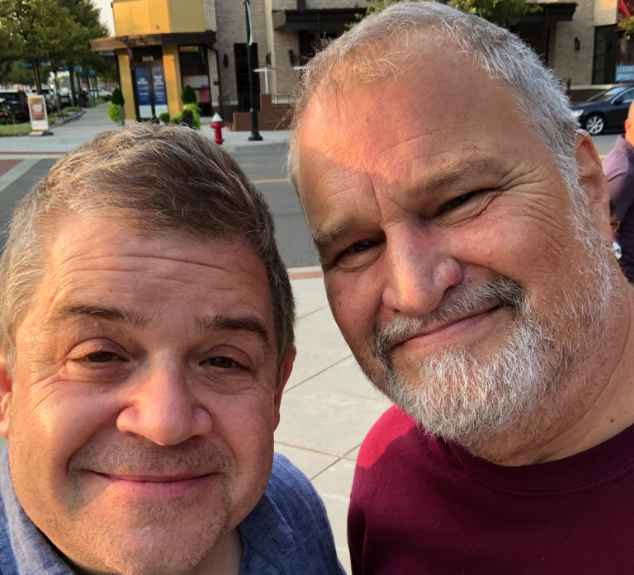 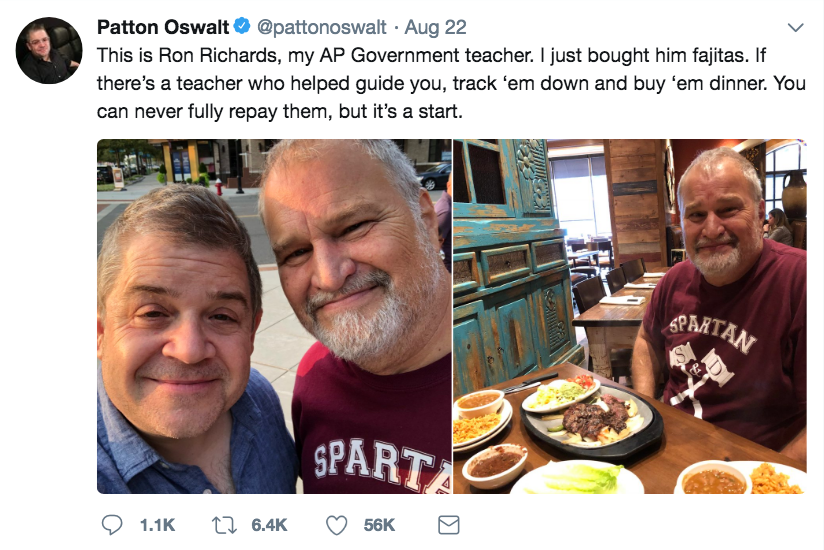 According to a tweet from the Emmy and Grammy winner, Oswalt took social studies teacher Ron Richards to dinner at Uncle Julio’s at One Loudoun on Wednesday evening. Richards had taught Oswalt during the comedian’s time at Broad Run in the mid-1980s. He graduated in 1987. 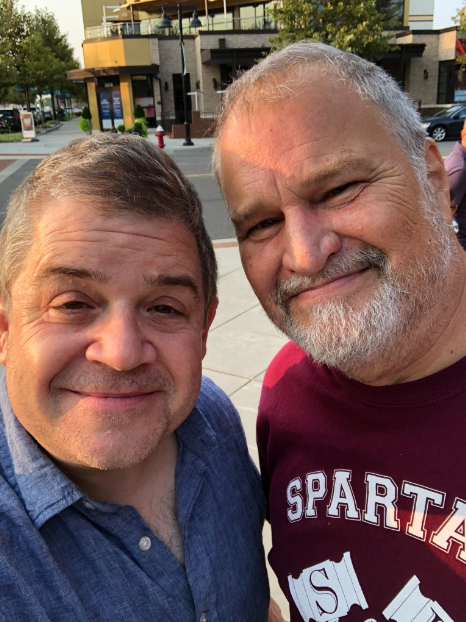 The tweet reads in part: “If there’s a teacher who helped guide you, track ‘em down and buy ‘em dinner. You can never fully repay them, but it’s a start.” 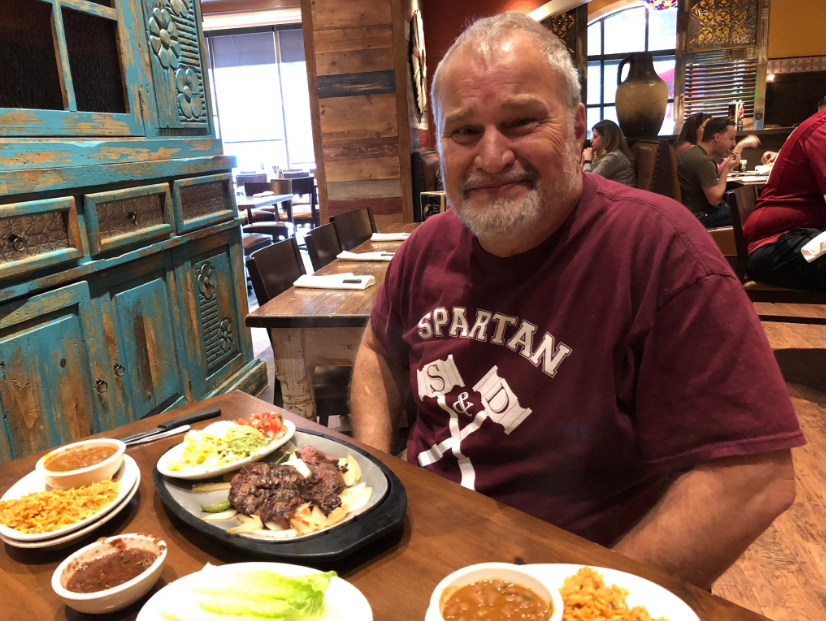 Among Oswalt’s many Hollywood credits — he starred as Spence on the hilarious CBS series “The King of Queens.” He was the voice of Remy in the hit Pixar movie “Ratatouille.” And he’s currently the narrator of “The Goldbergs” on ABC. He periodically pops up in Loudoun County and is known to sometimes poke fun at Ashburn, Sterling, Herndon and other NoVa locales in his comedy routines.