The new bar will be a partnership with the Chefscape food hall preparing to open at the center. 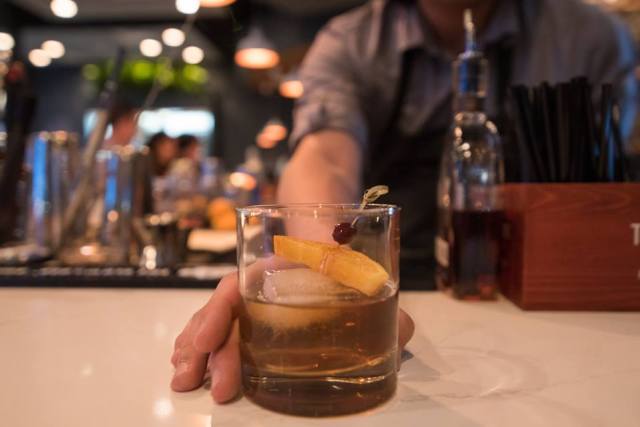 A new bar is coming to the Village at Leesburg and it’s got quite the pedigree. It will be called Bar Ahso and it’s a sister establishment to Ahso Restaurant, which opened in the Brambleton Town Center last year.

Bar Ahso will open in partnership with the new Chefscape food hall and food incubator opening at the VaL.

The space once occupied by Smokehouse Live is being turned into the new Chefscape, a combination of commercial kitchen, event space, food hall and — now —Bar Ahso. The Chefscape Food Hall will have four kiosks with different food concepts rotating through the spaces.

The idea is that folks can enjoy a drink at the bar — including locally-sourced wines and beers — and then head over to the food hall to to grab a bite to eat.

No opening date has been announced yet for Chefscape and Bar Ahso, but the new Chefscape awnings went up on the space today — a sure sign that opening day is getting closer.