The new restaurant and bar is taking over the former Bertucci’s space. 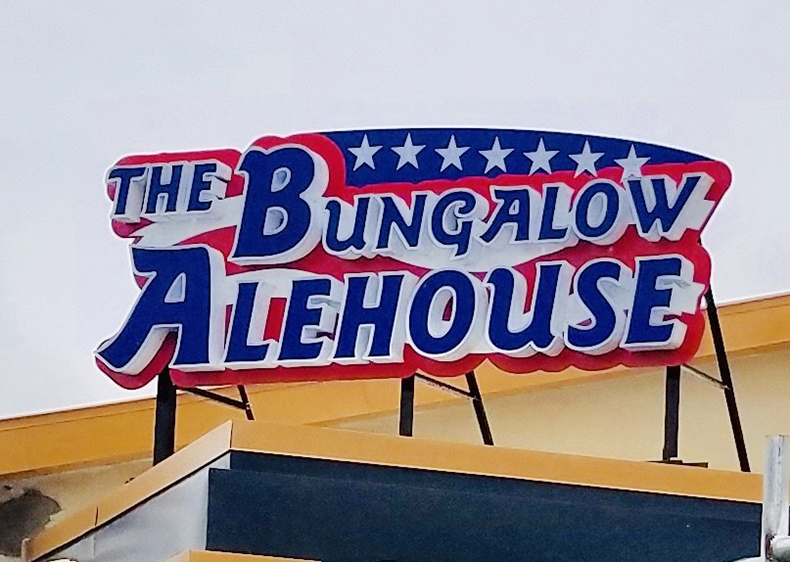 A major step forward this week for the new Bungalow Alehouse restaurant and bar coming to Ashburn. On Thursday, workers installed new red, white and blue signage on the front and back of the building.

Regular readers of The Burn know that The Bungalow Alehouse has been in the works for sometime. We first broke the news almost a year ago in February 2018. The new location is going into the former Bertucci’s restaurant space at the Ashburn Crossroads center at Ashburn Village Boulevard and Farmwell Road.

We’ve heard through the grapevine that permitting took longer than expected, but construction continues and the signs going up is a good “sign” things are progressing.

We spoke to an employee at another Bungalow Alehouse location who said the company is hoping to open in Ashburn sometime in the next few months, with the usual cautions that one never knows what type of delays could crop up.

(Big thanks to reader Ginia Daucher for the news tip and photos.)

LOUDOUN GETTING AN OLLIE’S BARGAIN OUTLET