The new craft pizzeria will open next to the Cobb movie theater. 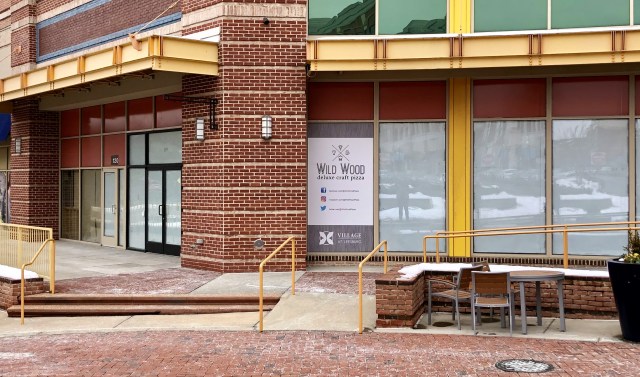 A new pizza restaurant is getting ready to open in the space right next door to the Cobb movie theater at the Village of Leesburg. It’s called Wild Wood Deluxe Craft Pizza.

The restaurant is another brainstorm from one of the area’s most well-known restauranteurs — Curtis Allred. Allred already operates Delirium Café and the recently launched Balls of Glory, a meatball restaurant — both in downtown Leesburg.

His new pizzeria is going into the location that for several years was going to be a restaurant known as Shanghai Stations. Midway through construction, a funding problem arose and Shanghai Stations never opened. Wild Wood is taking over that space.

The menu will be chef-driven featuring craft pizzas made with locally sourced ingredients. There will be gluten free options and also 30 beers on draft. Target opening is sometime this spring.