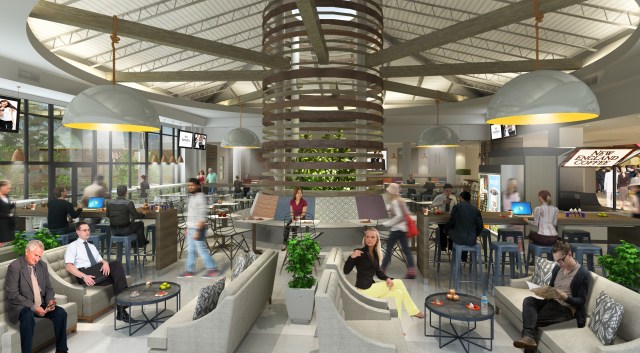 The Leesburg Corner Premium Outlets will be getting a facelift this spring, including a renovated food court area.

According to a press release and artist renderings from Simon, the company that owns the outlet mall, the work will touch on a number of different areas.

You may remember that earlier this month, The Burn reported that Auntie Anne’s had confirmed they were opening one of their soft pretzel shops in the outlets, and there was also word that Planet Smoothie might be joining them. (See our story here.)

We reached out to a Simon spokesperson who told us they still couldn’t comment on the Auntie Anne’s/Planet Smoothie report, but they did tell us that right now there aren’t any changes planned to the food outlets currently in the Leesburg Corner food court.