One-on-one with Reem Daly about her life before and after the famous show. 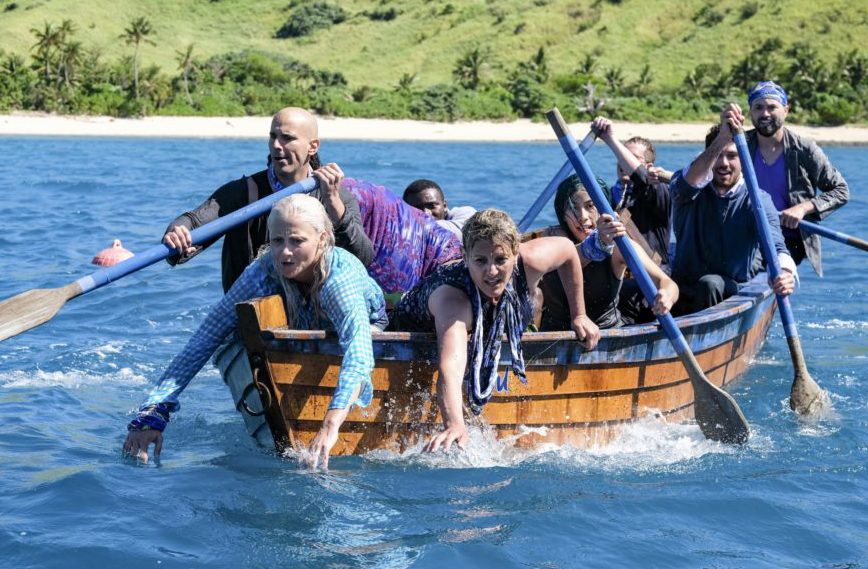 The new season of “Survivor” premieres at 8 p.m. on CBS — and one of the contestants fighting to survive on a wild tropical island lives right here in Ashburn. (See our initial story here.)

Reem Daly is a 47-year-old married mother of three — with a son at Rock Ridge High School and twin daughters at Stone Hill Middle. She’s works in federal sales for SalesPoint and lives in Loudoun Valley Estates.

While the details of the Daly’s time on the show are still secret, The Burn spoke with her about life before and after her adventure in Fiji (with a CBS public relations person listening in to make sure she didn’t reveal anything prematurely). Here are excerpts from our conversation:

WHEN DID YOU FIRST HAVE THE IDEA OF GOING ON SURVIVOR?

WHAT DID YOU DO FOR YOUR AUDITION TAPE?

“I was driving home from a Mother’s Day weekend thing … and I said, “Roll tape.” It was nothing staged. It was completely raw — I just went from Point A to Point Z. It was obviously what I was feeling in the moment and I guess it worked.”

WHAT IS IT ABOUT YOUR PERSONALITY THAT MADE YOU THINK YOU COULD DO IT?

“You know what — sometimes men have a hard time watching someone do something wrong. They want to take over. Their patience level is not as high. Well, I can sit there and say, ‘I’ll watch you fail.’ I I could care less. That was always my argument — that I would be more patient.”

WHAT WAS YOUR REACTION WHEN YOU FOUND OUT YOU HAD BEEN SELECTED?

“I’m surprised nobody called 9-1-1 honestly. The phone call came in and — even though it said they were calling from California — I didn’t believe them. I just screamed. I was outside and I was just screaming. Imagine something that you’ve talked about forever — I basically freaked out and was so happy. You would think I had won Publisher’s Clearinghouse.”

WHEN DID YOU FIND OUT THAT YOU WERE GOING TO FIJI?

WHAT WAS YOUR BIGGEST FEAR BEFOREHAND?

“I don’t like snakes. I don’t know anyone who does, do you? Real fears — no. I’ve been watching this show for 20 years and you kind of see what’s going to happen. But I didn’t want to run into snakes. When I encounter them in my backyard, I’m not happy. I don’t kill them, but I want them moved 10-15 miles from my house so they can’t find their way back.”

HOW HARD HAS IT BEEN TO KEEP THINGS A SECRET HERE IN ASHBURN?

“You gotta sign a lot of stuff. It’s top secret information. People are really nosy, I’ll tell you that. I wish I had never said anything about applying. Because when I was gone, I had to make excuses. I said I was going oversees to visit family with my mom. Then when I got back, people wanted to see my pictures. They were all so suspicious.”

WHAT WAS THE REACTION LIKE ONCE THE NEWS BROKE?

“I didn’t realize how many people were paying attention to stuff like that. I never would have thought it would end up on the Real Housewives of Loudoun County feed, or that people would post about it. I was actually surprised. And I’m honored that people cared and are being so supportive.”

WHAT DO YOUR KIDS THINK OF YOUR ADVENTURE?

“You’re going to make me cry on this one. They are great. They are so supportive. They didn’t say anything to make me feel guilty that I left them for awhile. You’re allowed to bring something with you and I said I didn’t want pictures of my children. You know why — because then I would have been sad. When I left home, they said, ‘Go kill it. We’re proud of you. Don’t worry about us — we’re good.’”

MANY REALITY SHOW CONTESTANTS POP UP ON FUTURE REALITY SHOWS. DO YOU HAVE ANY PLANS TO DO ANOTHER SHOW?

“Full disclosure, I did not to this to be a reality star. If “America’s Next Top Model” wants to give me a call, that’s great, but I did not do this to launch my career as a reality star. But I’m not stupid. If something really cool pops up, I’m not going to say no. No one is going to want to see me after this, but if they do — fantastic.”