Long time readers remember back when the rumors were circulating that Trader Joe’s was considering coming to Loudoun County. The Burn had a good time chasing those rumors down, even though no one wanted to talk about the plans. And of course, our reporting proved correct when TJ’s announced they were coming in May 2018. (Relive the fun here.)

Well, it’s been a while since we had a good mystery to pursue, but we may have found a new one. Back in February, we reported that AARP (which used to stand for the American Association of Retired Persons, but now doesn’t) was looking at opening their first-ever fitness center right here in Ashburn. Word is it would cater to clients ages 40 and over. (See our initial report here.)

And specifically, we have heard that it’s likely going to take a spot in the Riverside Square shopping center that is just getting underway on the north side of Route 7. The center has already announced that an unnamed health and fitness facility is coming. 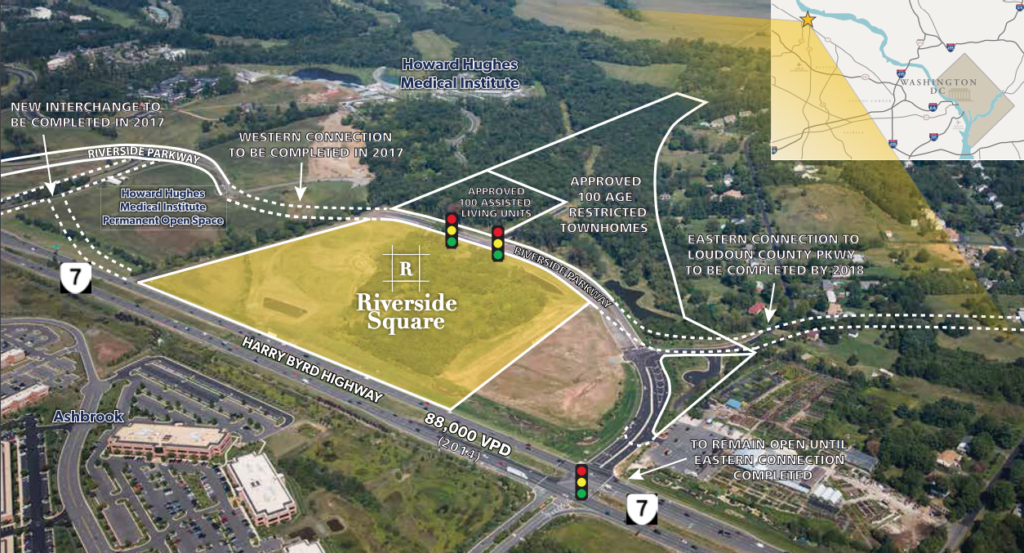 We’ve spoken to AARP and the developers of Riverside Square and currently they “have no information” or no comment regarding an AARP fitness center.

Well, they may not have any information, but The Burn does. Let’s put on our detective hats.

We can’t be certain, but we have seen “ASI-Oak Health Club” pop up on several publicly available websites in relation to the Riverside Square project. We did some digging and quickly found out that ASI is a subsidiary of AARP. It stands for “AARP Services Inc.”

We then looked up the URL www.oakhealthclub.com and this web address was just registered a few weeks ago — in early April.

Now is any of this official or even solid proof? No. The people who would be involved in this project  — if it exists — aren’t talking about it and they are the only ones who can say it’s definite. But just like with Trader Joe’s — tidbits of information are starting to leak out. And The Burn loves chasing them down.

We’ll soon see if this all pans out.

The club is a new brand from the people at AARP, the organization for older

Riverside Square is going up on the north side of Route 7.

2 thoughts on “IS AARP BRINGING OAK HEALTH CLUB TO ASHBURN?”