The new restaurant is going up at the Shoppes at Ryan Park. 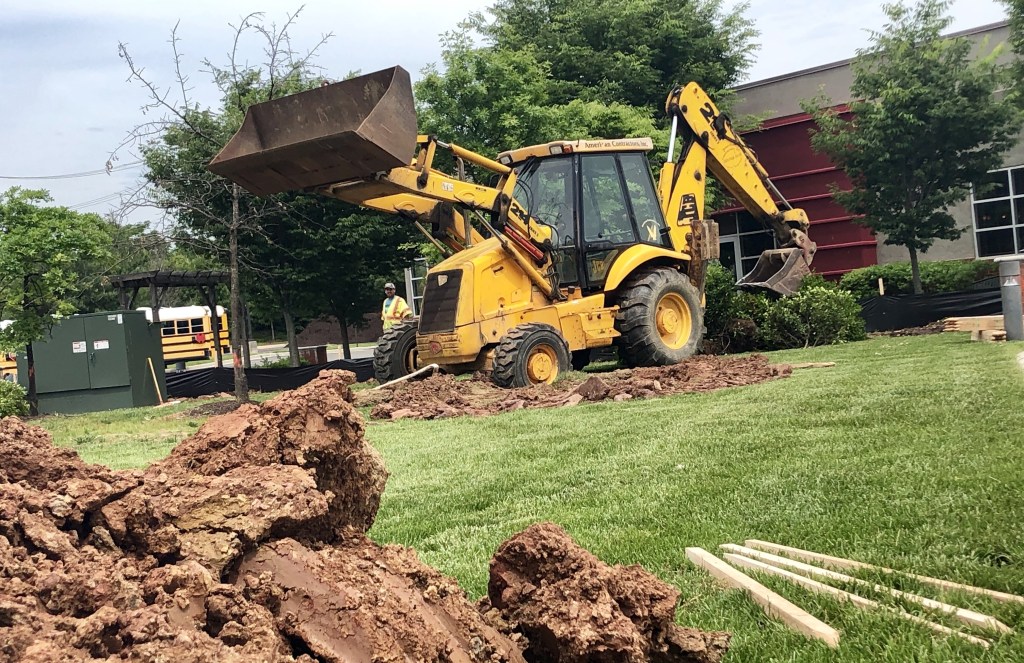 It’s the news many local chicken fans have been waiting for — ground was broken and work got underway today on the site that will become a new Chick-Fil-A restaurant in the heart of Ashburn.

A few workers, a backhoe (at least we think it’s a backhoe),  a pile of dirt and a small trench were the first signs of real progress at the site at the Shoppes at Ryan Park center. That’s at Shellhorn Road and Ashburn Village Boulevard.

As longtime readers of The Burn know, the new Chick-Fil-A is going up in the empty lot next to the Red Robin restaurant.  The Burn first broke the news way back in April 2018, so waffle fry fans have been waiting a long time.

This location is one of at least three Chick-Fil-A’s underway in eastern Loudoun County. Besides the one in Ashburn, there is another one under construction at the Lansdowne Town Center, and another one in the planning stages along Battlefield Parkway in Leesburg.