The reptile is apparently building a nest. 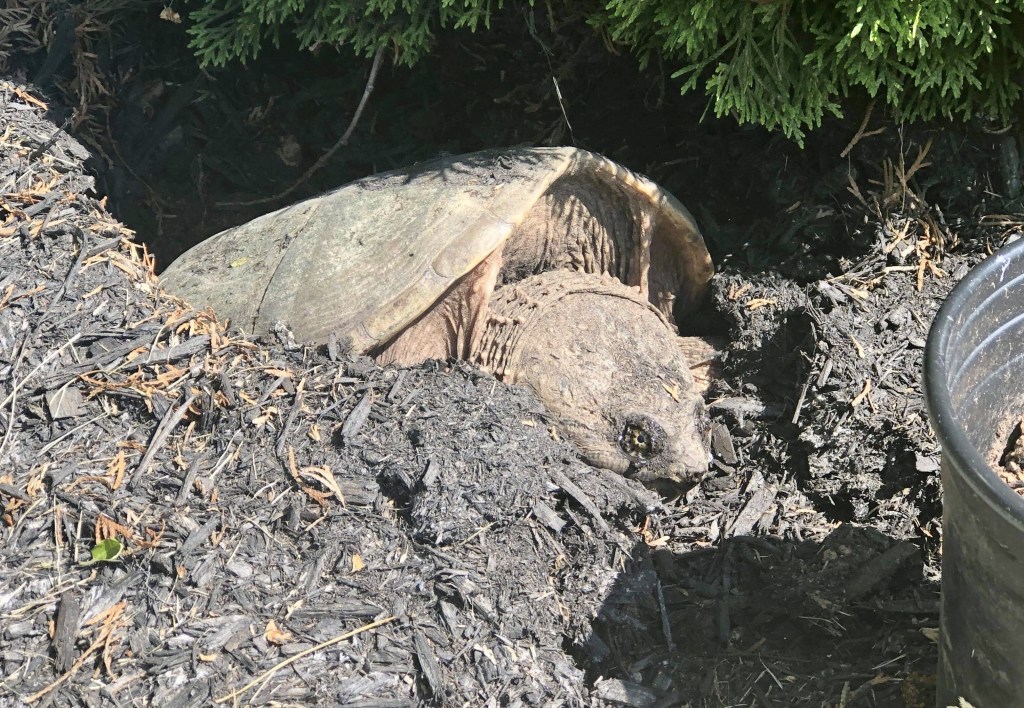 OK, maybe that headline is a bit dramatic, but we couldn’t quite believe our eyes when we saw this photo circulating on social media. Brambleton resident Wendy Wade posted it Saturday morning and it’s already created a bit of a stir.

It seems Wade and her family noticed something had dug up and made a big mess of the mulch and dirt around some shrubs in her backyard. Not coincidentally, that backyard backs up to a stream that runs into a pond in the neighborhood. When the Wades looked closer, the realized a large snapping turtle was building a nest there.

They estimate the turtle might weigh as much as 30 pounds and say it’s larger than a laptop computer. Wade calls it “huge.”

Check out that Godzilla tail.

They called a local wildlife expert who told them the turtle was probably preparing to lay eggs. He suggested they leave the eggs untouched as they would likely die otherwise. They should hatch in 80-90 days. Another Ashburn resident who had a similar close encounter with a snapping turtle posted that after the eggs hatch, mama and the kids should all disappear, probably headed back to nearby creeks and ponds.

Wade hopes their temporary zoological exhibit will be a good learning experience for her kids.