The move appears to affect all the stores in Ashburn. 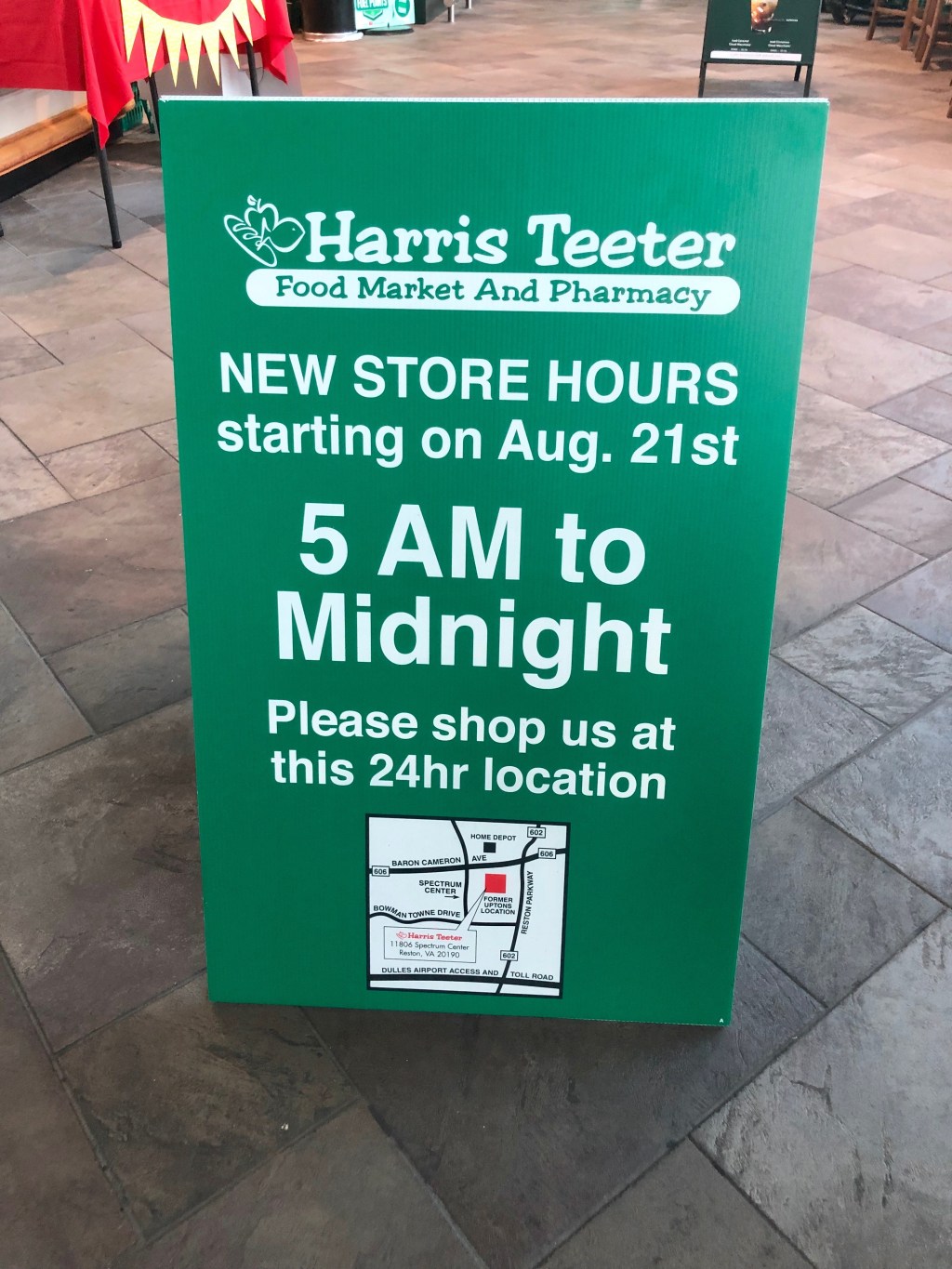 Where, oh, where will parents go when they need Saltines and 7-Up at 1 am for a wee one’s upset stomach?

We ask because Harris Teeter is pulling back on the number of 24-hour stores it has in the area. A sign up at the Broadlands location in Southern Walk Plaza says it has new store hours starting on August 21. It will be open 5 am to midnight each day.

The Burn checked with several other area locations. The stores at Ashbrook Commons, Lansdowne, Brambleton and Stone Ridge are also dropping 24 hours on August 21. An employee at the Goose Creek store said their hours changed a few months ago.

We haven’t checked with every single store in eastern Loudoun, but the signs in the impacted stores are telling shoppers that the nearest 24-hour Harris Teeter will now be the Reston location at the Spectrum Center.