Looks like we know another major tenant in the new Ashbrook Marketplace shopping center. The Burn has been told Planet Fitness, a national fitness center chain, is planning on opening its first Ashburn location in a 16,000 s.f. space in the center.

Plant Fitness, which has more than 1,800 locations across the US and internationally, is known for its low monthly membership costs — as low as $10 — as well as its “no lunks” motto, targeting hardcore weight lifters who grunt and groan and let heavy weights drop to the ground loudly. Planet Fitness currently has two locations in Loudoun, both in Sterling. 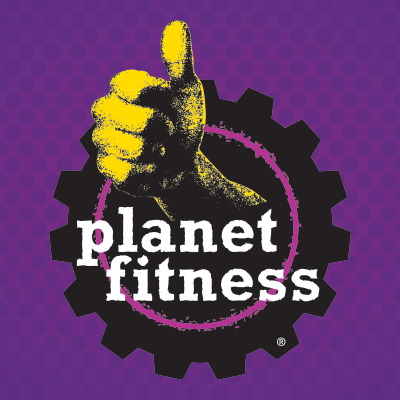 The new fitness center will join a raft of other businesses setting up shop in Ashbrook Marketplace. This includes a Lidl grocery store, a Dunkin’ Donuts, a Cafe Rio Mexican Grill, a Rubino’s Pizza restaurant, a martial arts school, a nail salon, a dentist office and a Shell gas station. 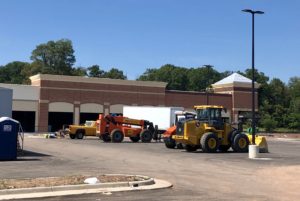 The future site of Planet Fitness in the Ashbrook Marketplace retail center.

The new Planet Fitness will be just the latest in a series of large fitness centers opening around Ashburn. Currently, an LA Fitness location is under construction in the Broadlands, and — while not yet confirmed by the parties involved — all signs are pointing to a gym called Oak Health Club opening in the under-construction Riverside Square shopping center on the north side of Route 7. Oak Health Club, which is currently hiring managers, is reportedly a subsidiary of AARP, the organization for older Americans.

Bourbon Bayou Kitchen is under construction at the Ashbrook Marketplace shopping center.