The movie and TV star helped coach the school’s Speech and Debate team.

Comedian and actor Patton Oswalt is one of Ashburn’s most famous sons — he grew up in Sterling and graduated from Broad Run High School back in the late 1980s. The Emmy and Grammy winner has gone on to star in movies (“Ratatouille”), television (“The King of Queens”, “A.P. Bio”) and has several stand-up specials on Netflix.

He comes back to the area regularly to visit his parents, who still live here.

This past Friday, Oswalt made a surprise appearance at Broad Run, where he guest-coached a practice session for the school’s Debate & Speech team.

“Seventeen speakers participated in entertaining Q&As and a handful had time to present speeches in Duo Interpretation, Dramatic Performance, Impromptu and Declamation. Oswalt’s patient and incisive critiques of the performances were very much appreciated by the students,” Loudoun County school officials said on social media.

Oswalt — who is an alumnus of the Debate & Speech team — strolled around the school and stopped at the team’s display case and reminisced over pictures of team members from the 80s. The district reports that Oswalt won an award for his performance of a Monty Python sketch.

Ashburn Magazine has an interview with Oswalt in its latest issue. You can read more about his memories of living in Loudoun County here. 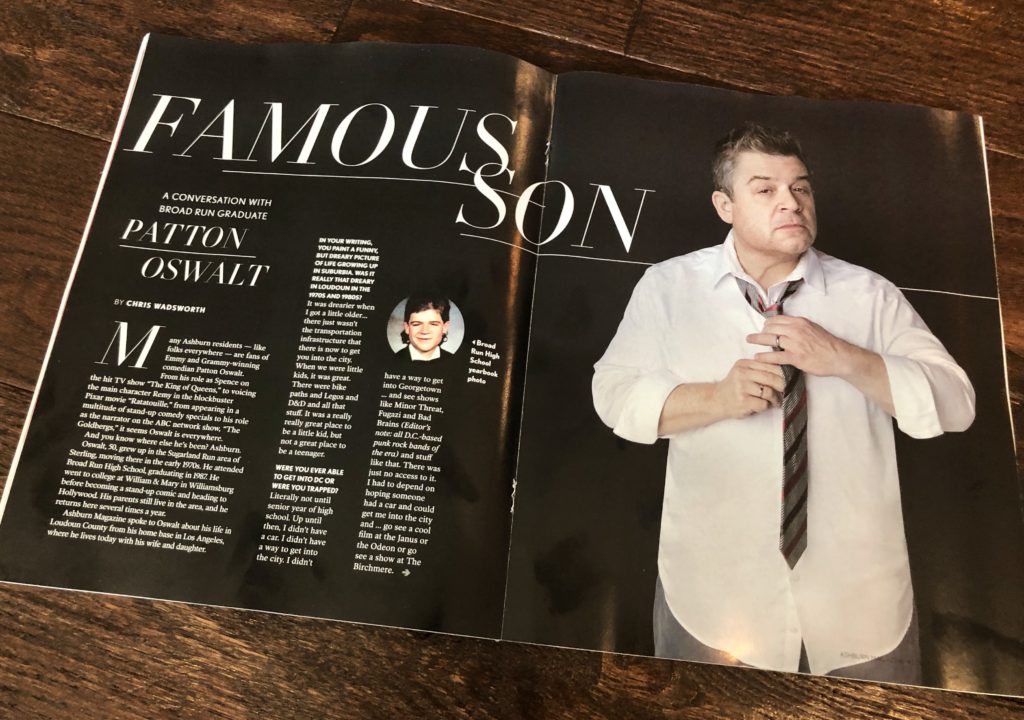