The final day for the store hasn’t been announced yet. 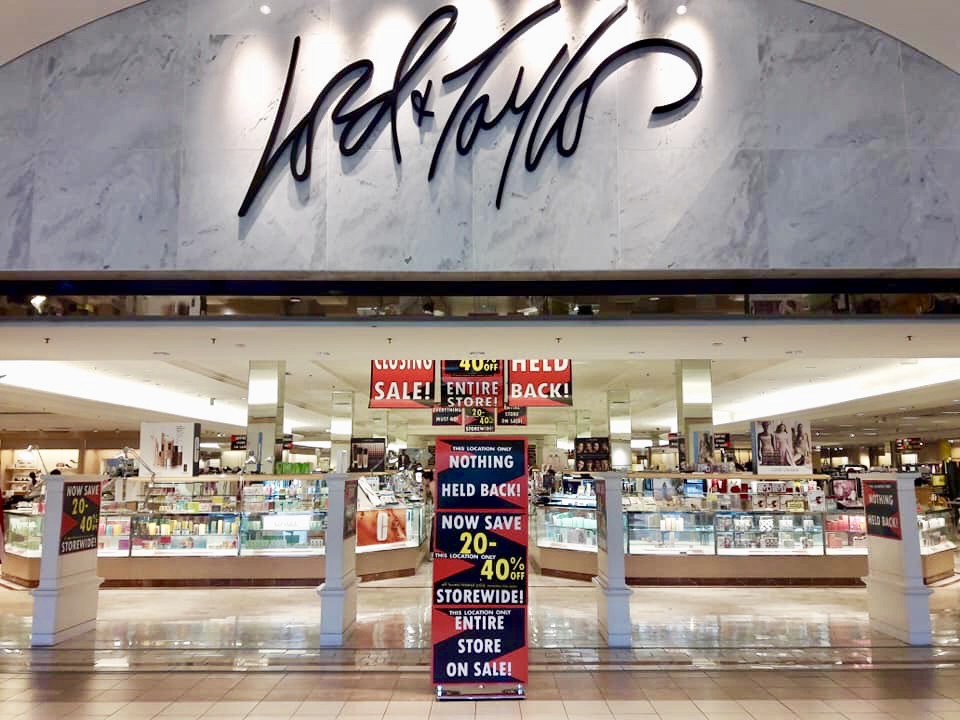 The Dulles Town Center shopping mall is going to have another big vacancy on its hands soon. The Lord + Taylor department store has announced they are closing their only Loudoun County location.

As first reported by the Ashburn Village Neighbors Facebook page, signs have gone up in the store announcing the impending closure and touting deep clearance sales. “Everything Must Go” and “Entire Store on Sale” they scream.

A store employee told The Burn that an official last day hasn’t been announced yet, but she confirmed the Sterling location is closing.

It was just two years ago that the Nordstrom department store — another major anchor store for the mall — closed as well. That huge space remains vacant to this day. (See our coverage here.)

Lord + Taylor is the nation’s oldest department store — founded in 1826. But it’s fallen on hard times in recent years and a number of store closures have been announced around the country. It appears our L+T is just the latest.

Former Bicycle Outfitters back in business as a non-profit