The intersection along Route 7 caused major delays during rush hours. 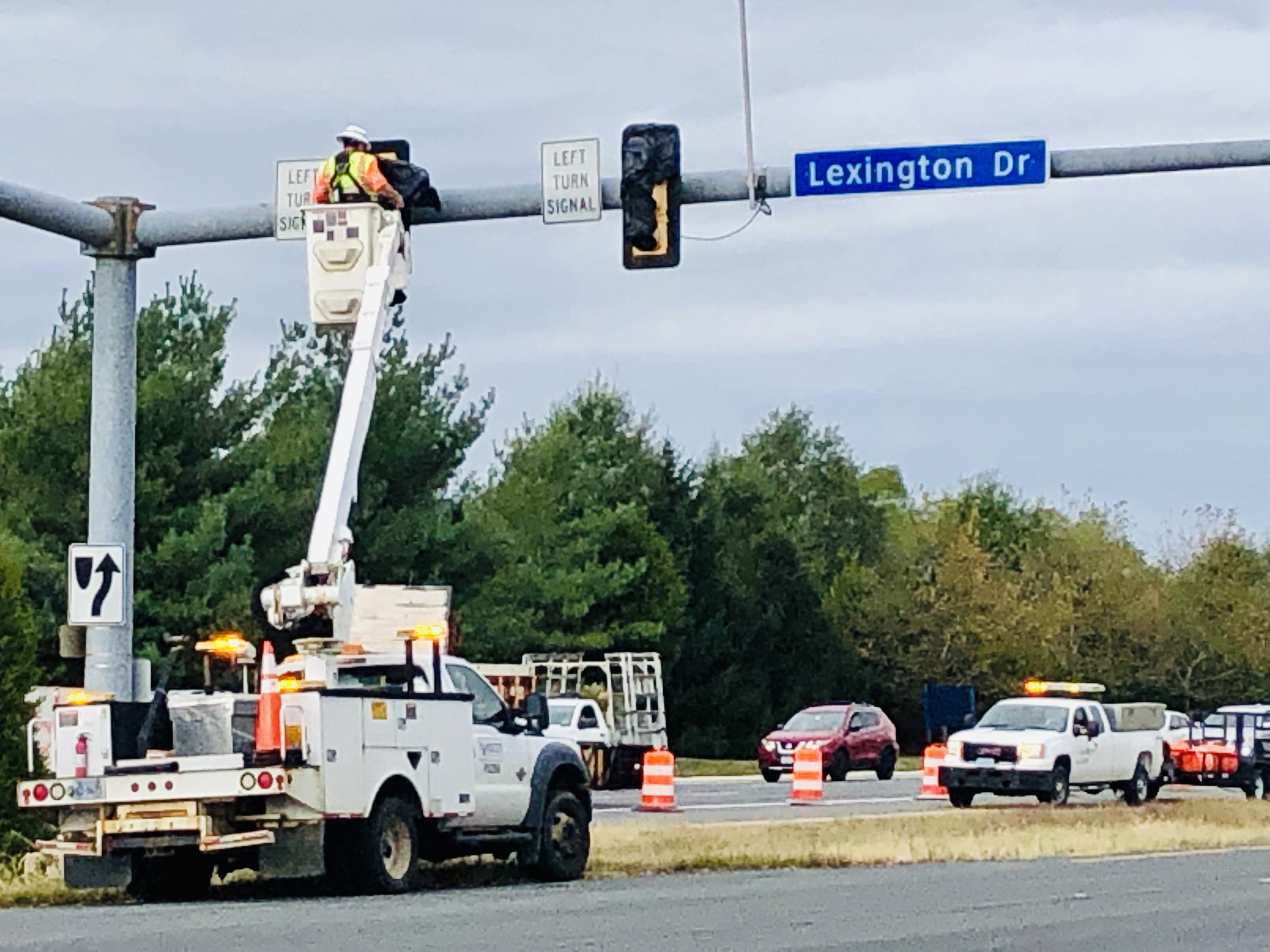 It’s the day many commuters in Loudoun County have been waiting for. The intersection at Lexington Drive and Route 7 in north Ashburn is no more. 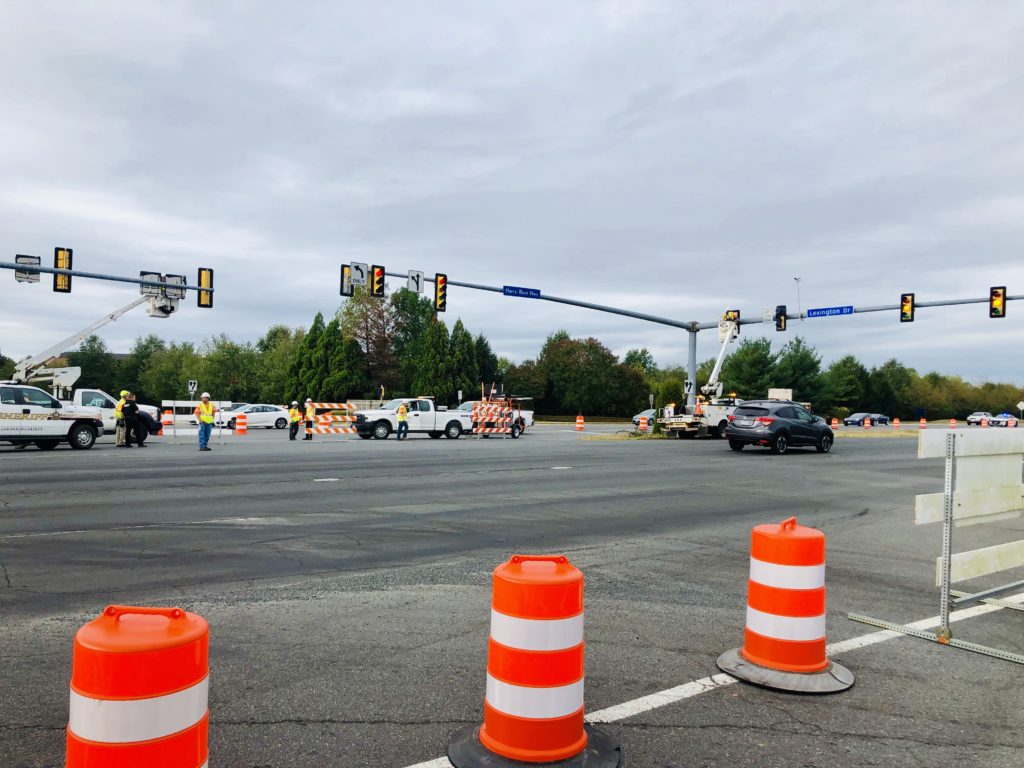 A little after 10 a.m. Monday, work crews rolled large orange barrels into the intersection and set up barricades, closing off Lexington to the north and south of Route 7. Loudoun County sheriff patrol cars with flashing lights warned drivers to slow down as workers got busy covering up and removing the traffic lights that allowed people to navigate the intersection.

The Burn first broke the news about Oct. 7 being the closing date last month. (See our report here.) 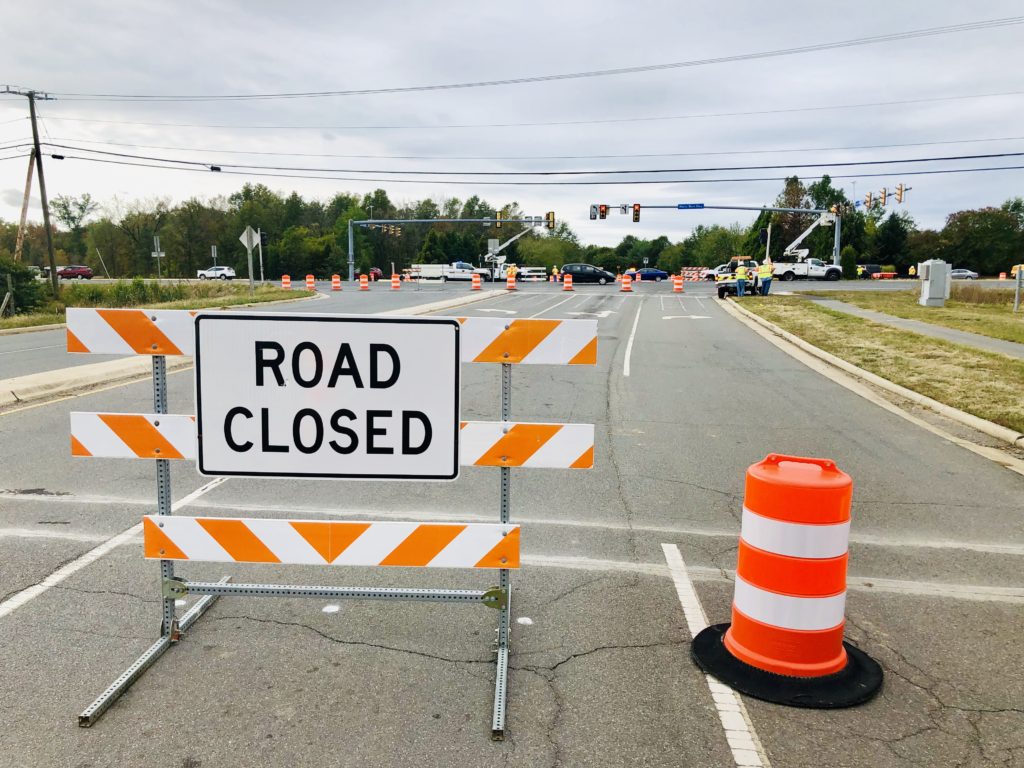 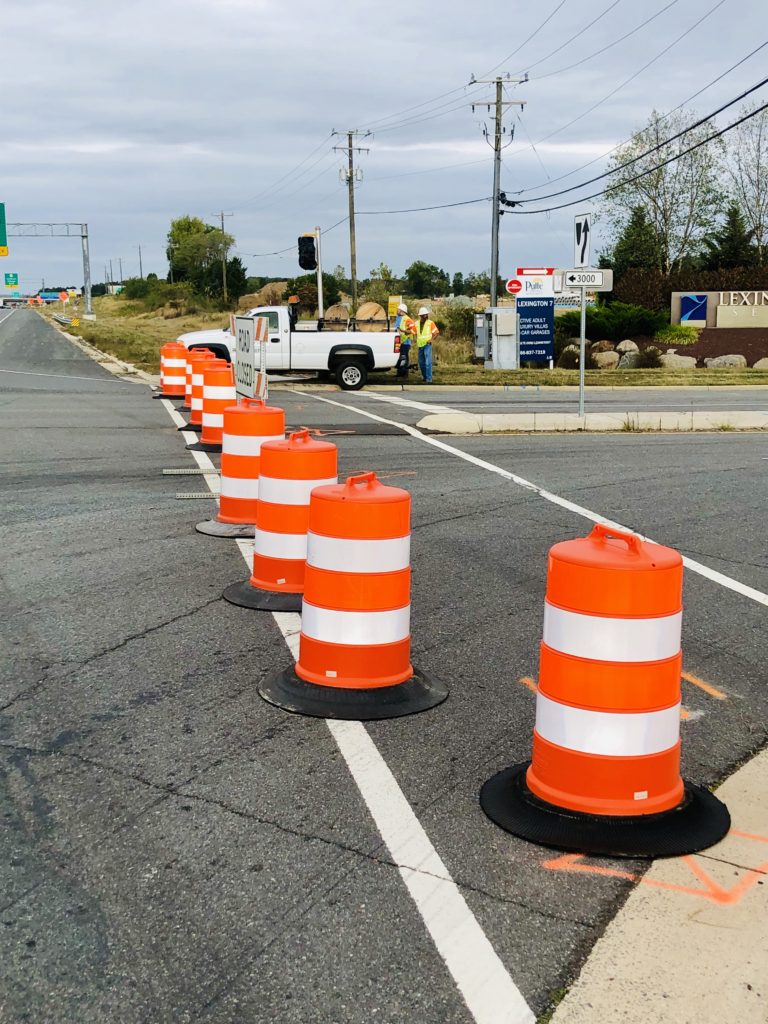 While the new road configuration will be a inconvenience for some residents in the area and the folks at Blue Mount Nursery, which sits at the former intersection, it will be a relief for thousands of drivers who take Route 7 each day and saw major backups at the intersection during rush hours. 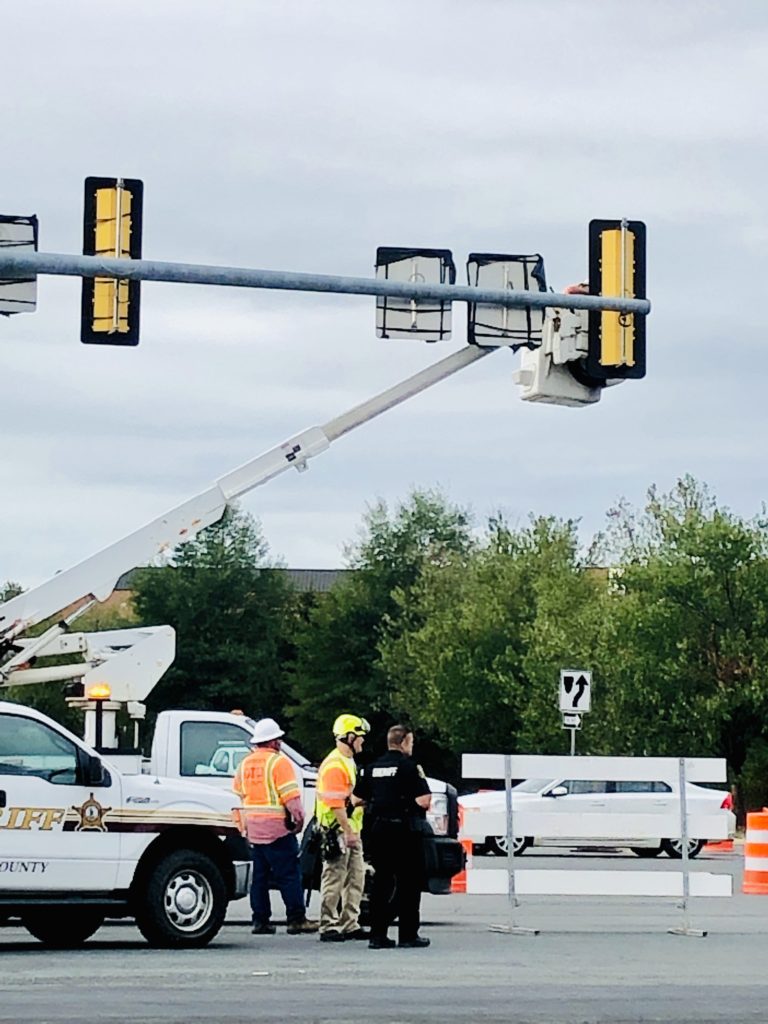 Drivers who need to reach businesses off Lexington Drive will now need to exit at Ashburn Village Boulevard to the west and make their way along Riverside Parkway on the north side of Route 7 and  and Russell Branch Parkway and Atwater Drive on the south. 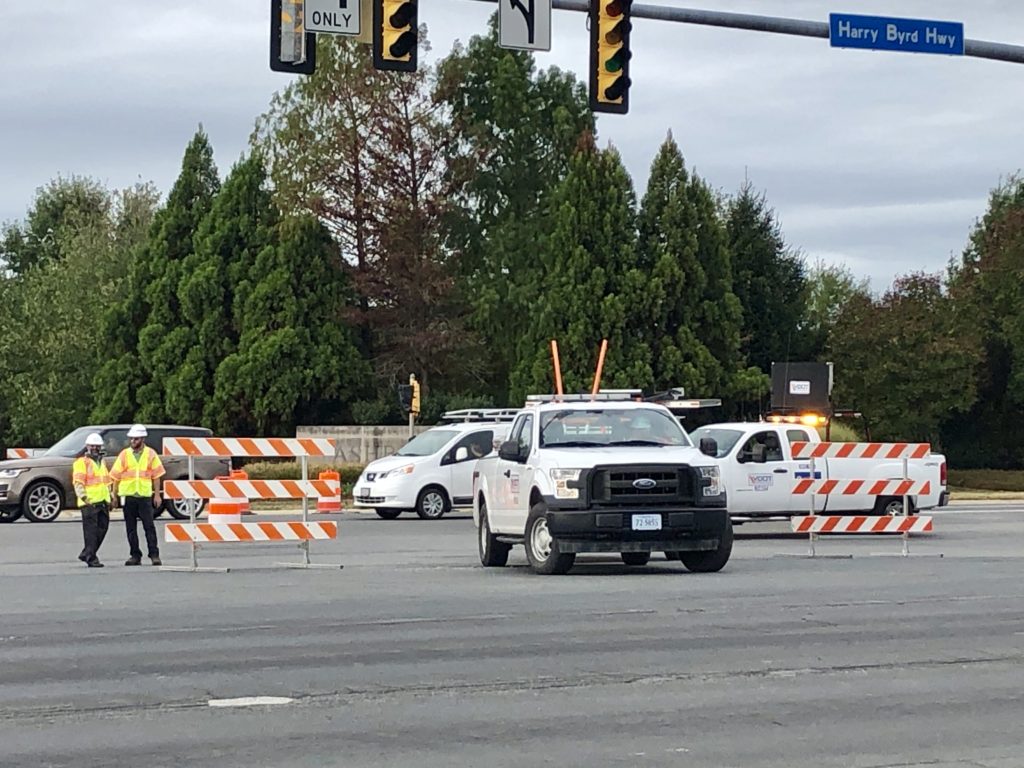 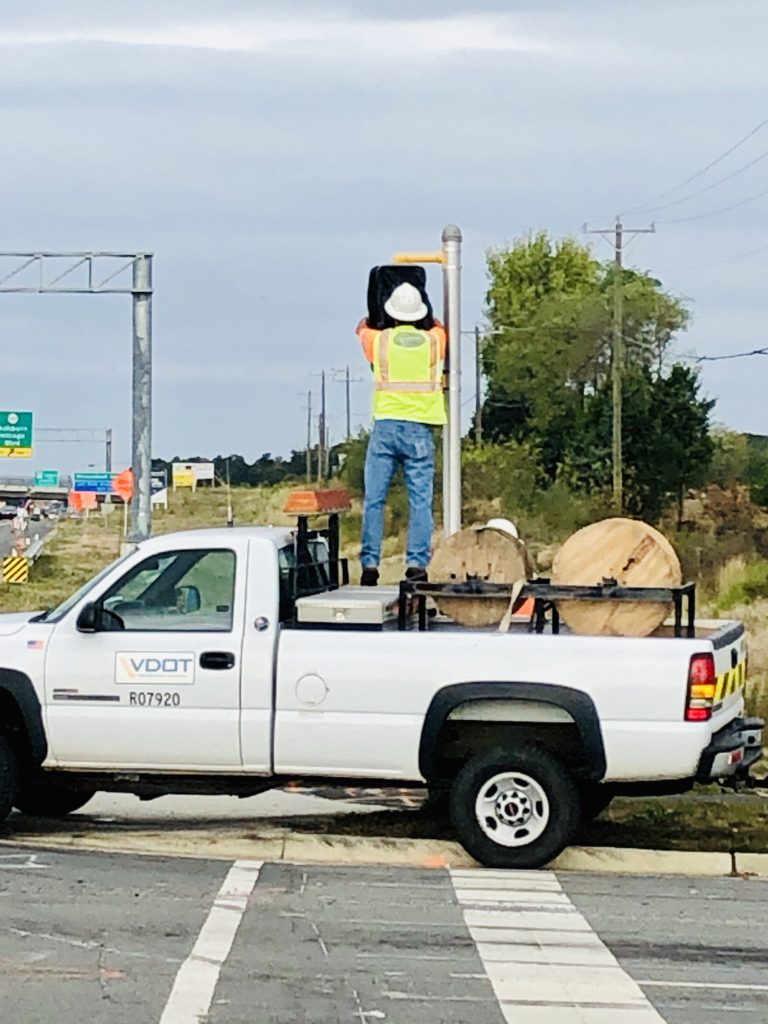 In recent years, overpasses have been built at other intersections along the highway, but Lexington Drive was a sticking point. With it gone, drivers can go from Sterling near the Dulles Town Center mall all the way to Battlefield Parkway in Leesburg without stopping. And plans for an overpass at Battlefield are underway.

Inside a massive Ashburn data center