Another major milestone as Loudoun County moves closer to the launch of the Silver Line and bringing Metrorail service to the area. Today, train cars rolled into the Ashburn Station for the first time.

According to the Dulles Corridor Metrorail Project, the trains came in along the tracks from Dulles Airport, through the Loudoun Gateway Station near Old Ox Road/606 and into Ashburn Station. It’s part of testing that is underway on the final stretch of the Silver Line.

It was back in February that the first train cars rolled into Loudoun proper, as crews tested the first stretch of tracks leading to Dulles. Now, they have moved onto the final phase and Ashburn — which is the last station on the new Metro extension.

The testing will be ongoing, so drivers on the Greenway/267 will likely see the 8-car long train moving back and forth in the coming days. The latest target date for the full Silver Line extension to open is July 2020, but we are hearing from local officials that this date is probably going to slide. 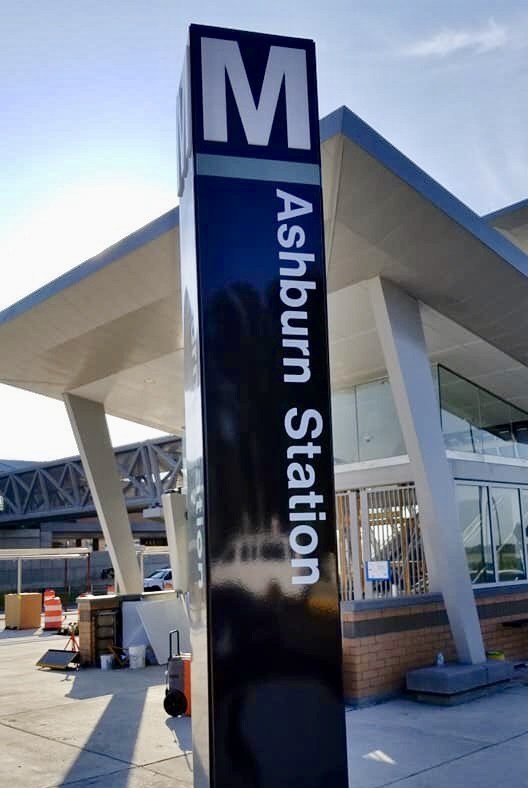 From high rises to retail shopping to home prices — the impacts are already happening.

BURNING QUESTION: WHAT’S WITH THAT CONCRETE SLAB IN THE MIDDLE OF THE GREENWAY?

The mysterious monolith has puzzled passers-by for years.