Max Sheppard was excited for his “pink out” day. 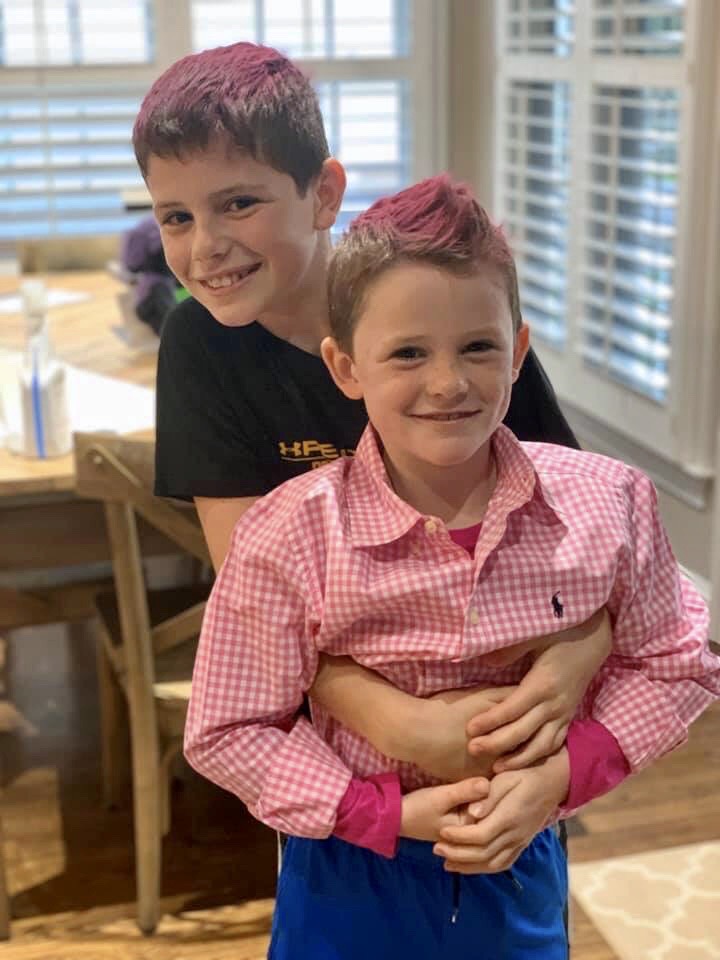 Here’s an Ashburn story that will leave a lump in your throat.

Seven-year-old Max Sheppard had been looking forward to today for awhile now. His after-school program was having a “pink out” to support breast cancer awareness and Max was eager to participate. You see, he lost his grandmother to breast cancer a few years ago and wanted to remember and honor “Grandmom Sweetheart,” as he called her.

When Max does something, he goes all in. A special shopping trip got him some new pink clothes. A little pink spritz in the hair and he was looking good this morning. He was plenty happy too when he posed for the above photo with his big brother, Jake.

Well, here’s where the story takes a sorry turn. The second-grader headed off to school at Mill Run Elementary, but 30 minutes later, his mom got a call from the school nurse that kids at school were teasing and bullying Max over his pink outfit. He wanted someone to bring him a change of clothes.

Max’s mom, Tracy Sheppard, was devastated. “Look at his happy face. I am utterly heartbroken that kids are cruel enough to dull this shine,” she wrote on Facebook, adding she wants him to know it was awesome that he stood up for a cause he believed in. “I want him to rest assured that real men really do rock pink.”

She posted because she was hoping some “positive energy and awesome comments” will boost Max’s spirits. The Burn spotted it and asked if we could share the story.